The General Officer Commanding 7 Division, Maj General W Shuaibu disclosed that one of the abductees, Miss Mwanret Daspan aged 29 was abducted on Monday, 21 December 2022; Claris Fidel aged 22 from N’djamena Chad was abducted on 25 March, 2022, while Hauwa (12 years old) has been in captivity of Boko Haram terrorists since as an infant.

While interacting with the rescued girls, Mrs Yahaya expressed immense delight on the success recorded by troops of OPHK.

She further encouraged them with words of advise and hope, thus assuring them of the commitment of the Military in conjunction with Borno State Government to reunite them with their families.

See more photos of the victims rescued by security operatives below: 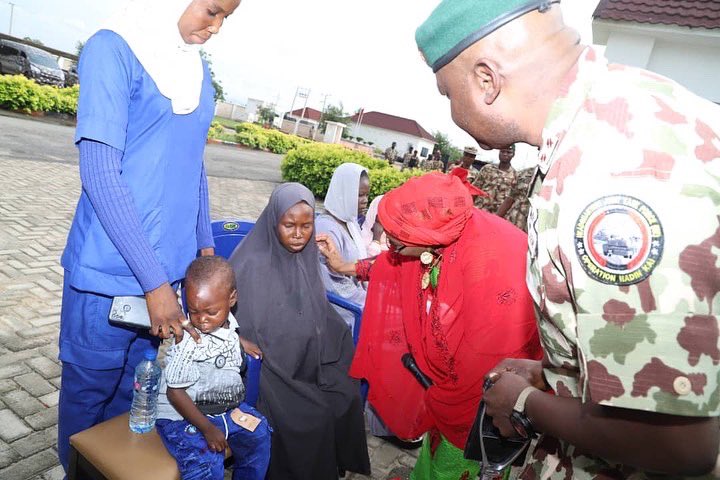 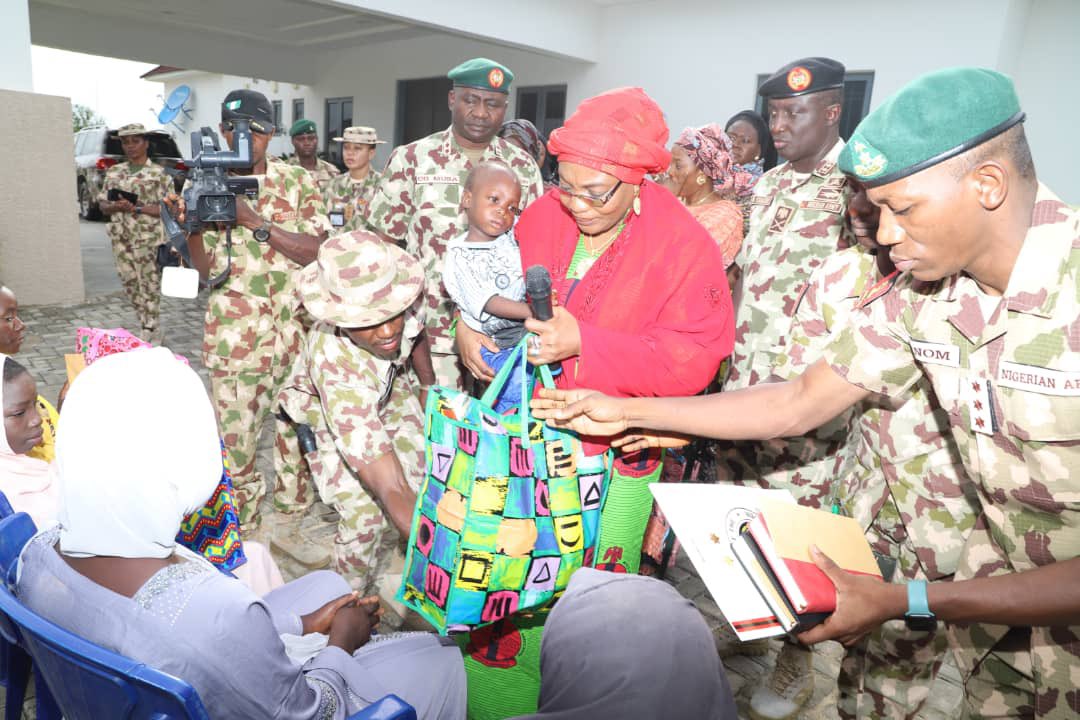 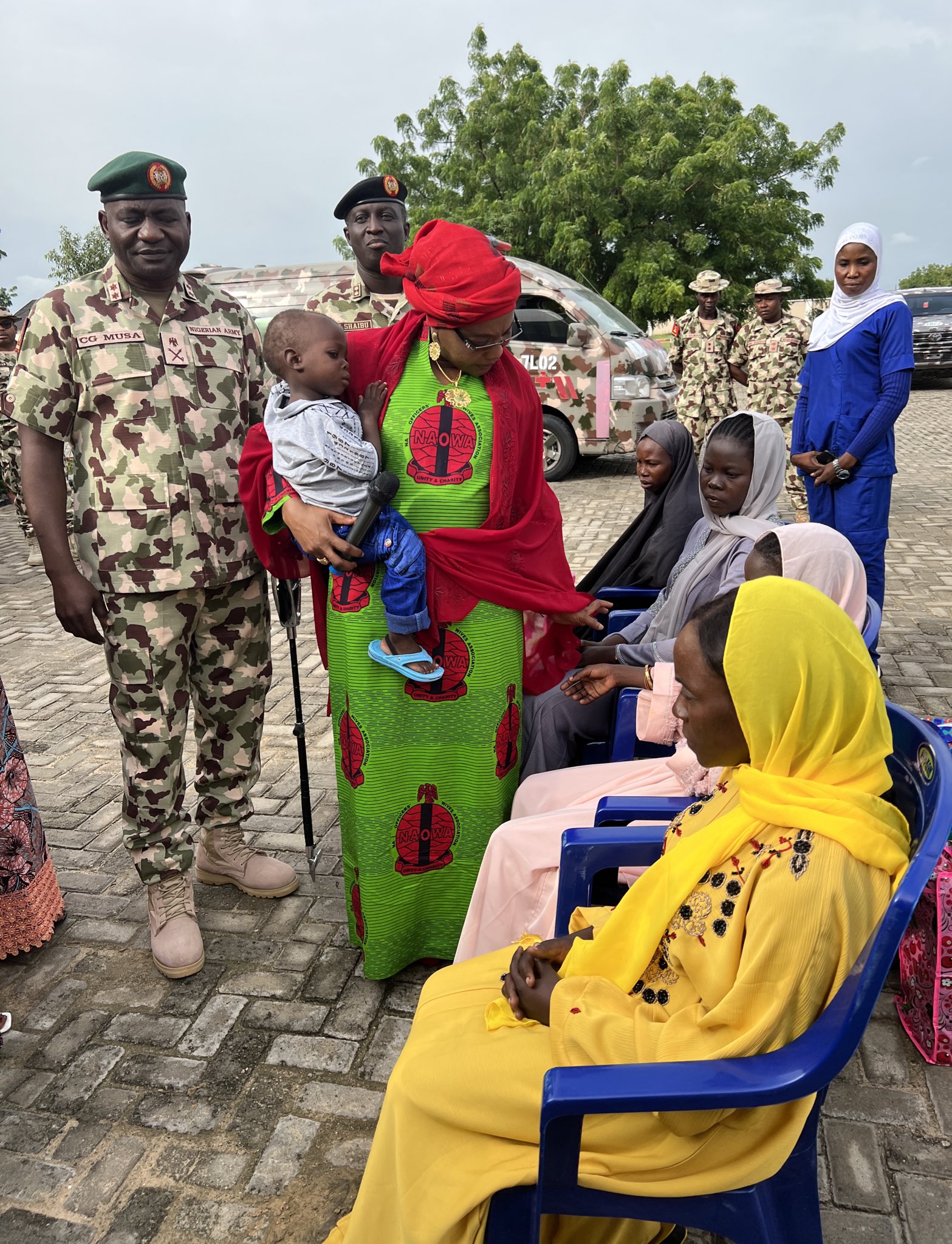