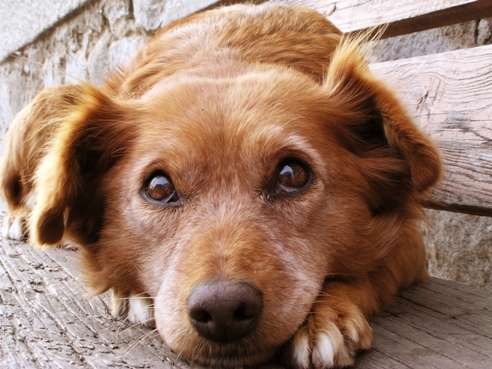 Tragedy struck on Friday in Asaba, Delta State, when a 37-year-old house wife, Maureen Akowe, a graduate of sociology from the state-owned university allegedly

According to Urhobo Today, the four- month-old baby was driven in the mother’s car alongside the dog to a popular supermarket along Okpanam Road, Asaba, where the house wife had gone for shopping for the baby’s upkeep.

Report says the unsuspecting nursing mother left the baby, a nanny and the dog inside the car and wound down the windows to allow ventilation into the car before moving into the supermarket.

Our source gathered from witnesses that while she was busy shopping, the dog allegedly made straight for the little baby to eat her up while the nanny screamed for help but all to no avail.

The shouts by the nanny attracted two security personnel at the supermarket to the car but by which time the baby, identified as Chinonso, had been bitten severally on the stomach by the dog, leaving the baby in a pool of blood.

The dog had gone wild and was barking menacingly to scare onlooker by the time the baby’s mother got wind of the development and rushed to the scene.

Blackout Looms In Nigeria As Electricity Workers Begin Strike On…

The baby was taken to a nearby hospital along Nnebisi Road, but it was too late by the time they got to the hospital as the baby, the woman’s first child, had already died.

The efforts of the helpers who had wanted to rescue the little baby failed as the baby gave up the ghost before getting to the hospital.

Speaking with the nanny who claimed to have hailed from one of the states in the eastern part of the country and did not want her name in the print said “Madam carry the dog and baby and asked us to stay inside the car, because the dog was to be treated at the veterinary, suddenly I saw the dog moving closer to the baby and I shouted for help when the dog opened its teeth and I ran out of the car to call madam but she did not come on time”.

Family sources said that the house wife had been married for 3 years without a baby before she took in for the baby that was delivered and named Chinonso.

In a swift reaction, the husband of the woman amidst tears, and did not want his name on the print said “my wife said it is the devil’s work and the devil’s work will take her out of my house, I have warned her about the dog when I notice that the dog had been behaving funny.

“She still kept carrying the dog claiming that she was going to give treatment to the dog. This is how the devil had ruined her”.