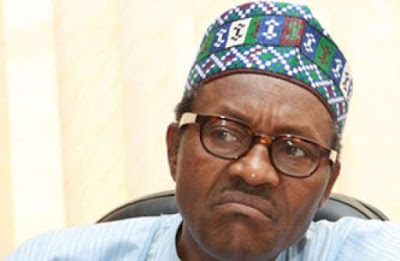 President Muhammadu Buhari owes himself a lot for sticking out his neck and campaigning; he owes his supporters a lot for helping him reach the presidency

he had sought for and failed for many years. He probably owes his conscience something, if he has one. And if he cares about it he might owe history and posterity something big. Beyond these, his debt is zero

Oh, sorry, he owes the bank from which he borrowed the cash to purchase the APC nomination form principal and interest.

As for the Igbo he owes then not a single farthing (a quarter of a penny/kobo). Since people like Mr. Ngige and Rotimi Amaechi can be counted as his supporters he owes them something as his supporters but not as Igbo men. I am willing to modify my statement by saying that he may owe good governance to the Igbo and no more. Good governance is mostly in the eyes of the beholder and he should be allowed to go about it the best way he wants.

To achieve his form of good governance he can appoint any of his supporters to any position high or low without reference to his opponents for his opponents may not want him to succeed. He should be advised to be mindful of his new found friends for some of them could be fair weather friends and who could abscond come winter. And move to Florida, the sun shine state.

Fact: Majority of Igbo did not support him

Fact: After victory and up till now majority of Igbo do not like his manner of government.

Given all the above, he should stick to self-preservation which is the first law of nature. I do not expect or qualify to be appointed the Dog Catcher in PMB’s administration. Although I did not vote against him since I did not have a vote; I publicly declared that if I had one I would cast it for GEJ. I have not backed away from that statement and do not think I will ever do so. Those Igbo like me took a gamble and lost and should not expect to reap where we did not sow.

But we do have a job in PMB’s government. We should OPPOSE, OPPOSE and OPPOSE. We should formulate alternative policies; challenge every utterance we find objectionable; prepare to take over should PMB stumble and fall and if he does not fall be ready, come 2019, to force him out at the pooling booths. We could infiltrate his administration to make him fall as if from within; make mockery of policies that are ill-defined; make him to execute the policies we want; etc.

That is what the Igbo ought to be doing. We had our reason why we did not want him in the first place.

We should not worry if he appoints Mr. Bolaji Aluko the petroleum minister, or Mr. Amaechi the secretary of foreign affairs, or Mr. Gumel the education czar. These are the men who worked for his election and deserve a piece of the pie and these fellows would stand by him in difficult times and help him be the best president he can be.

I see nothing with PMB starting his corruption probe with his enemies (too strong) his non-supporters for this could have been the reason for opposing him in the first place. If it suits him he could relegate the investigation of Mr. Tinubu, the Asiwaju of Yoruba land, to 2018 or early 2019. They were buddy-buddies when the going was tough.

All these make sense to me. Those who did not work should not reap.

What I said about the Igbo above applies to the Yoruba, Hausa Fulani, Itsekiri, Ikwere, Efik, Nupe and all the 300 hundred, or so tribes, in Nigeria. Those non-supporters in each tribe do not qualify and should not expect any “manner” from Buhari’s Heaven. GEJ got 14 million votes to PMB’s 16 million. Those 14 million people should get the faith reserved for the Igbo for in a sense they are Igbo.

PMB is a smart chap and would figure it out.

But this sustained, heckling and taunting, “second-guessing” of PMB is summin’g else!

You guys should get down to more ordered, open-minded pursuits, or get lost in total irrelevance in the effort now underway to salvage the polity!

I didn’t see anything wrong in what the President said above that would warrant your criticism, making me wonder when you were home last? In fact, the President could have said the same thing to the Nigerian police, judges, soldiers, doctors, nurses, teachers, university professors, bankers, priests, traditional rulers, etc., etc.

Both commentators were responding to what I wrote which in a summary was that Buhari’s speech to the 55th Nigerian Bar Convention to the effect that lawyers should stop protecting their clients no matter the magnitude of the briefs and work with his administration to fight corruption was wrong headed and is a dictatorial tendency.

Each person did not either read through my essay or did not understand what I said. For KIK, I fail to see where I committed the mortal sin of “sustained, heckling and taunting, “second-guessing”” Yes my essays on the whole tend to be opposed to President Muhammadu Buhari’s words or actions. But at no time have I have heckled (to interrupt (someone, such as a speaker or performer) by shouting annoying or rude comments or questions.- Marian Webster) or taunted (a sarcastic challenge or insult) the President. If he thinks that I did I would like to see the sentence or word or phrase that did either or both.

For Mr. Uche, I think he did not understand any part of what I wrote. His lack of understanding is exhibited by his listing of the professionals that PMB could have addressed in those words. If PMB had indeed addressed university professors or traditional rulers with those words, yes he could be on solid grounds and would win my vote. But he was addressing the Bar Association, an organization the plays UNIQUE roles in the dispensation of justice based on advocacy. To bring this home to Mr. Uche let us consider a situation where Mr. Uche is accused of defrauding the government and he hires an attorney to defend him. He tells his attorney his story and his attorney joins the government and becomes the government witness, in the process of fighting corruption. The system is not supposed to work this way.

If I go to my attorney and confess that I did indeed defraud the government, my attorney would most likely work out a plea bargaining agreement in which I would plead guilty in return for a lighter sentence. This happens all the time. But if I did not confess, my attorney should do his best to save my neck. But what PMB is advising my attorney to do is join in the gang up of his client. This is unacceptable and would always lead to injustice.

I stand by my commentary that PMB was wrong headed. He is trying to bring under his umbrella things that should be separate. A dictator (a person who rules a country with total authority – Mariam Webster) wants to control everything; the lawyers for defense and the lawyers for his government.

Nigeria will better off without it.

Buhari’s anti-corruption committee: The road ahead