The popularity of the Labour Party (LP) presidential candidate, Peter Gregory Onwubuasi Obi, is reportedly spreading like wildfire as more states, including Lagos, embrace him, according to a report obtained from Google.

The development is coming on the heels of a recent presidential poll conducted by ANAP Foundation in September which shows that Peter Obi will win the 2023 presidential election.

Read the full story below:

In this latest development, Google showed that the acceptance of Peter Obi is spreading like wildfire across the country.

A look at the charts below released by Google shows the intensity of blue which represents Peter Obi.

According to the first chart, Peter Obi was popular only in the five southeastern states of Anambra, Imo, Enugu, Abia and Ebonyi, as well as Akwa Ibom twelve months ago. 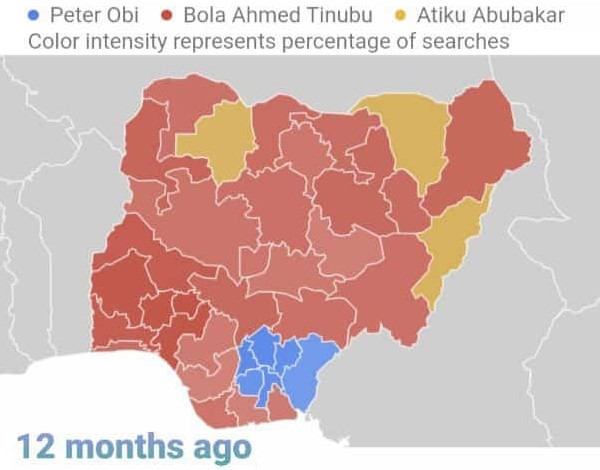 Three months ago, however, the story started to change as he has dominated the whole South East and South South geopolitical zones. 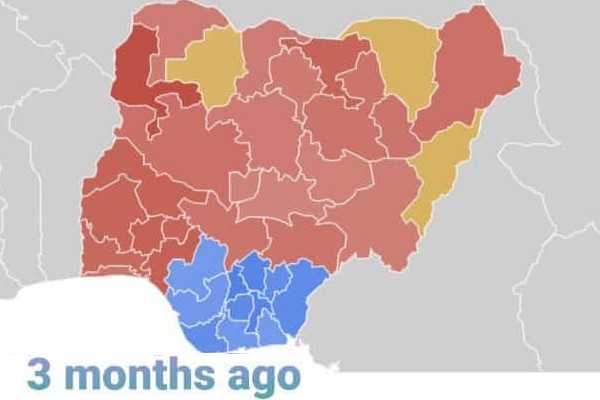 Last month, in August, Peter has begun making inroads into the Middle Belt and some South Western states which form the support base of his APC rival, Ahmed Bola Tinubu. 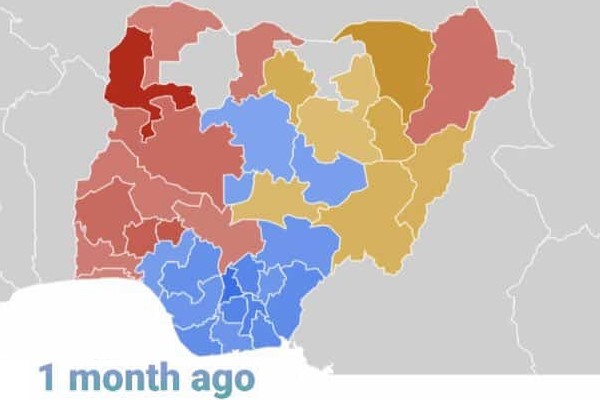 Enthroning a new order: only through the ballot revolution!

As at last week, Peter Obi has painted the country blue as even Lagos which Tinubu governed for eight years has become “Obedient”, the slogan for supporters of Peter Obi. 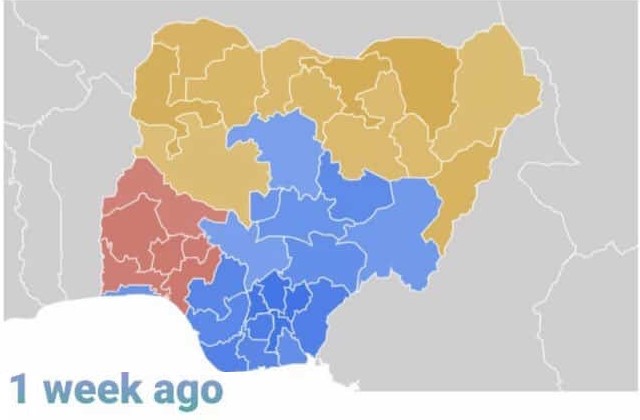 An observer noted that with the momentum with which the former Governor of Anambra State is gaining acceptability across the country, the 2023 presidential election may already be a walkover.

Peter Obi, it could be recalled, sent the first shock wave in Nigeria in an online poll conducted by the spokesman of the Northern Elders Forum (NEF), Dr. Hakeem Baba-Ahmed, on Twitter.

Obi had swept 81.4 per cent of all votes cast in the poll while Tinubu trailed behind with 8.3 per cent votes.

Peoples Democratic Party presidential candidate, Abubakar, got 7 per cent, while NNPP’s Senator Kwankwaso got a paltry 3.3 per cent. Read more.

Read the full story below:

Enthroning a new order: only through the ballot revolution!