The free medical outreach which was organised to reach out to Nigerians who are having health challenges in the State, was abruptly disrupted after the chairman sent the market chairman and representatives from the council headquarters to enforce the immediate stoppage.

The medical team while speaking with News Band, said they were forced to end the outreach to avoid any form of confrontation that could lead to physical harm.

Although, at the time of filing this report, News Band could not independently verify the reason for the disruption of the medical outreach.

Unfortunately, this is becoming a re-occuring issue as both APC and PDP controlled States have continued to intimidate and sabotage activities of the Labour Party because of its growing influence.

See pictures from the medical outreach.. 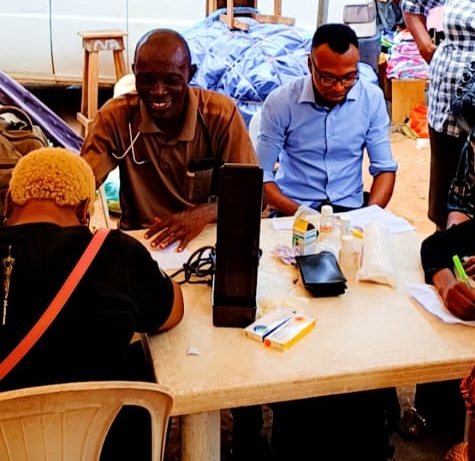 Buhari in Imo: A breath of fresh air ~ by Femi Adesina

Wike to ratify Rivers Assembly’s resolution to derecognise Omehia as…