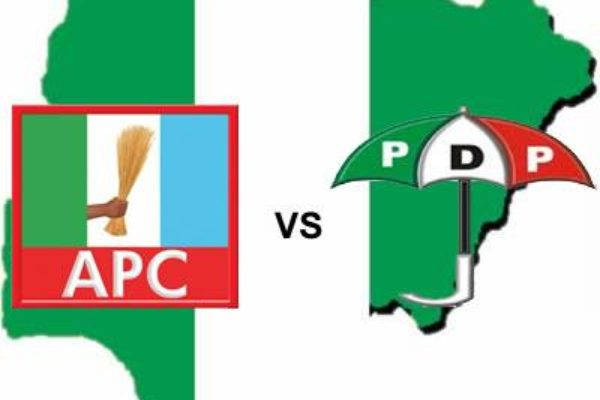 Andy Uba, a controversial Nigerian politician, indicted some years back for smuggling dollars to the U.S and pound to the UK, is just a step away from possibly becoming the next governor of Anambra State.

Mr Uba was subject of a U.S investigation into an advance fee fraud scheme, known as 419 in Nigeria, according to the U.S government.

In the UK where he was barred from entering, the authorities said the Nigerian politician was associated with “fraud and other criminal activities”, and that “his presence in the UK would not be conducive to the public good”.

Mr Uba is the candidate of one of the major political parties, the All Progressives Congress (APC), for the November 6 governorship election in Anambra State, Nigeria’s South-east.

Mr Uba was a member of the Peoples Democratic Party (PDP) then.

As an aide on domestic matters to President Olusegun Obasanjo, he was among the country’s most influential politicians at the time.

Indicted in the U.S.

Mr Uba, otherwise known as Emmanuel Uba, ran into trouble with the American government in 2003 for smuggling $170,000 into the U.S, using Nigeria’s presidential aircraft which flew into New York for a meeting of the United Nations.

He concealed the bulk cash, failed to declare it at the John F. Kennedy International Airport, and later handed it over to his girlfriend, contrary to the U.S law which he was familiar with as a regular traveller and as someone who had lived in the U.S before, according to court papers released by the American government.

The U.S. government seized the $170,000 after going through legal processes in which Mr Uba and his girlfriend, Loretta Mabinton, were represented by lawyers.

Ms Mabinton said the money was meant for Mr Uba’s “personal businesses” in the U.S.

The U.S government also seized a luxury car, a 2003 Mercedes Benz SL500, which Ms Mabinton purchased at $91,262.50 in the U.S and wanted to ship it to Nigeria for Mr Uba, whose address in Nigeria was listed in the court papers as 772 Ibrahim Taiwo Street, Asokoro, in Abuja.

Ms Mabinton told a representative of Mercedes Benz that it was a birthday gift for her boyfriend, Mr Uba. She wanted the car to arrive in Nigeria before December 14, 2003.

Days before the Mercedes Benz SL500 was intercepted, Ms Mabinton made some deposits totalling $200,000 into a U.S bank, besides other numerous deposits classified by the U.S. government as “suspicious”.

Twenty-six thousand dollars ($26,000) was also seized from Ms Mabinton by the U.S. government. Mr Uba brought the bulk cash into the U.S. in “a purple plastic bag”, according to an affidavit by a special agent with the U.S Immigration & Customs Enforcement, Guy Gino.

The arguments by Mr Uba’s girlfriend, that he had diplomatic immunity as an aide to the Nigerian president and also that the U.S. should turn their eyes away from the incident since the money was flown in a presidential aircraft, were rejected by the American government.

“Even if the money had been transported into the United States via a diplomatic pouch, the money could only be used for official purposes of the government of Nigeria,” the U.S. law enforcement agent, Mr Gino said in his affidavit.

The U.S. also rejected Mr Uba’s claims that the seized money was from his personal savings and his family’s money. They said the Nigerian politician “failed to provide any documentation showing that the source of the $170,000 was legitimate”.

The U.S. authorities said Mr Uba could have wired the money to the U.S. through a Nigerian bank, but that he chose not to do so to avoid attention being drawn to it.

Uba: Not welcome in the UK

Mr Uba also ran into trouble with the UK government, and was barred from entering that European country.

“On the basis of your character, conduct and association with fraud and other criminal activities, your presence in the UK would not be conducive to the public good and the Home Secretary has therefore decided that you should be excluded from all territories of the United Kingdom,” the UK authorities told Mr Uba in a December 2, 2008 letter informing him of a decision to revoke his multiple visit visa to the UK, a document from a London court revealed.

Despite his being barred, Mr Uba attempted to enter the UK on December 24, 2008, in a private jet.

The UK authorities turned him back at London Luton Airport, after confiscating a large amount of cash, about €135,000, from him.

The UK authorities said he also had “a large quantity of gold jewellery in his possession”.

The UK government said they suspected that the money was “from crime, or that it would be used for a criminal purpose”.

Surprisingly, €100,000 of the cash found on Mr Uba, “subsequently became unaccounted for and later formed the subject of investigations”.

The remaining sum, the court document said, was seized by the UK government under the Proceeds of Crime Act 2002 and subsequently forfeited by order of the Court.

Mr Uba, since then, made some unsuccessful attempts in court to challenge his exclusion from the UK.

In one instance, in 2011, he presented to the UK authorities his status as a newly elected senator in Nigeria. He said the Nigerian constitution would have barred him from contesting and holding political office if he really was involved in any criminal activities.

But that did not help him as the UK government refused to revoke his exclusion.

PREMIUM TIMES could not immediately get Mr Uba’s comment for this report as he did not respond to calls and a text message from our reporter.

The Chairman of the APC in Anambra, Basil Ejidike, said he was not aware that his party’s governorship candidate had issues with U.S and UK authorities.

“Andy (Uba) is not coming into election for the first time. The fact remains he was once an elected governor,” he told PREMIUM TIMES, Sunday.

This paper also spoke with Mr Uba’s media aide, Arinze Igboeli, who said Mr Uba remained a “regular visitor” to the U.S. and the UK.

He said the former senator made “very recent” trips to both countries.

When told about the court document as evidence that Mr Uba was barred from entering the UK, Mr Igboeli retorted, “I have not seen such a report, I cannot speak on what I do not know.”

The APC in Anambra seems to be doing pretty well since Mr Uba became its governorship candidate, although under controversial circumstances. Six state lawmakers defected from the ruling party in the state, the All Progressives Grand Alliance (APGA), to the APC.

A senator from the state, Stella Oduah, also defected from the PDP to the APC.

It, however, remains unclear how Mr Uba’s indictments in the U..K and the U.S will affect him in the coming election.

“This is the best opportunity for Senator Uba,” his aide, Mr Igboeli said. “He has this appeal to the grassroots and the political class.