Nigeria beat Sudan in AFCON, qualify for Round of 16 [full upate]

Samuel Chukwueze, Taiwo Awoniyi and man of the match Simon Moses scored for the three time African champions before Walieldin Safour reduced the deficit with a second half penalty.

Nigeria came into the match on the back of their strong 1-0 performance against Egypt while Sudan held Guinea Bissau to a goalless stalemate.

Augustine Eguavoen’s charges got of to a flying start at the Roumde Adjia Stadium in Garoua.

Young striker Taiwo Awoniyi doubled the Super Eagles’ advantage on the stroke of half time with an instinctive header. 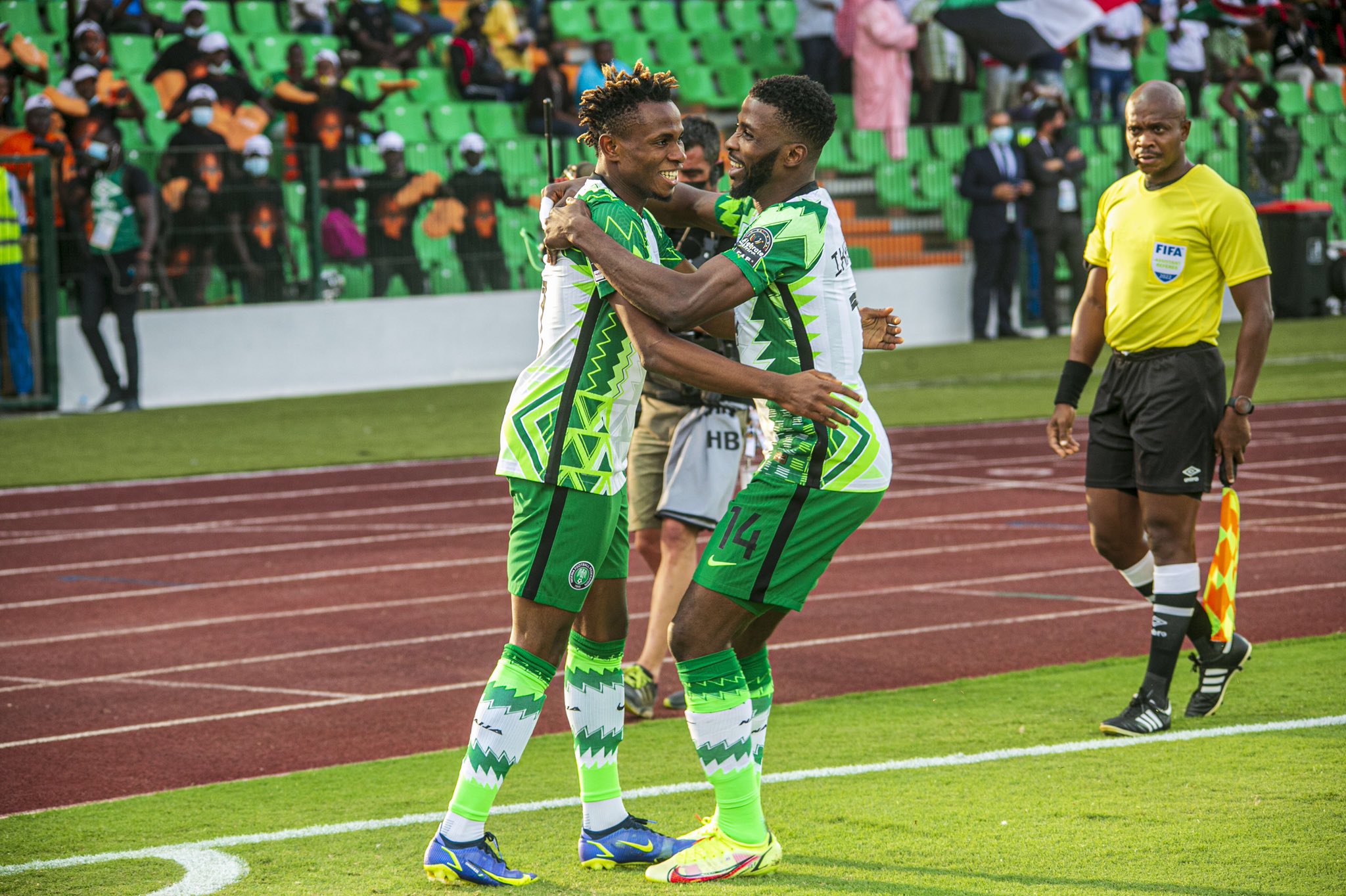 Nigeria sealed the victory just after the restart through Moses Simon’s individual goal to book their place in the knockout stages of the TotalEnergies Africa Cup of Nations, Cameroon 2021 with a game to spare.

Sudan won a penalty on 67 minutes following a video assistant referee review. Ola Aina was adjudged to have fouled Mustafa Mohammed in the area.

Safour slotted the resulting spot kick past Maduka Okoye to make it 3-1.

Both sides continued to create chances but failed to score with the result giving Nigeria pole position in the Group and a place in the knockout stage.

The second match of Group D see record champions Egypt take on Guinea Bissau as they try to revive their hopes of progressing.

Nigeria increases the score in the first minute of the second half with a goal from Simon Moses.

Another clear chance in the 50th minute was blocked by a Sudanese defender.

Ola Aina gave away a penalty, and the referee after consultation from VAR awards it.

Sudan from the spot pulls one back to reduce the deficit on Nigeria. 3-1

The Super Eagles are leading their Sudanese counterparts 2-0 at at half time of the African Cup of Nations match going on in Garoua, Cameroon.

Samuel Chukwueze opened the score line with an early goal in the third minute for the Super Eagles.

Taiwo Awoniyi made it two in the 43rd minute for Nigeria in a match that saw the Eagles dominating with a 61.1% versus 38.9% ball possession.