This was contained in a petition addressed to CCB Chairman dated September 21, 2021, and signed by Dr. Uboh.

In the petition, the PASS chairman alleged that Ms. Oniha failed to obey presidential approval and the subsequent directive from her supervising Minister.

The Minister had authorized her to issue PASS a promissory for payment of Category “A” Paris/ London Club judgment creditors of which PASS is a beneficiary.

The petitioner noted that her refusal to comply is tantamount to acts of insubordination and abuse of office which clearly violate section 13 of the Code of Conduct Act, insofar as her actions prejudiced the petitioners.

Sources: Gunmen ask troops to vacate Plateau community ahead of… 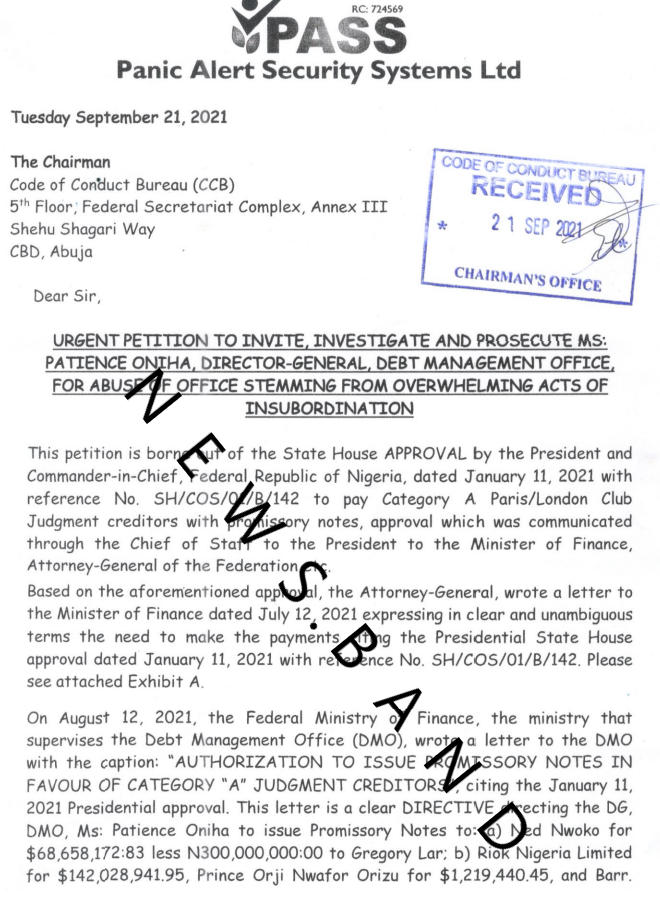 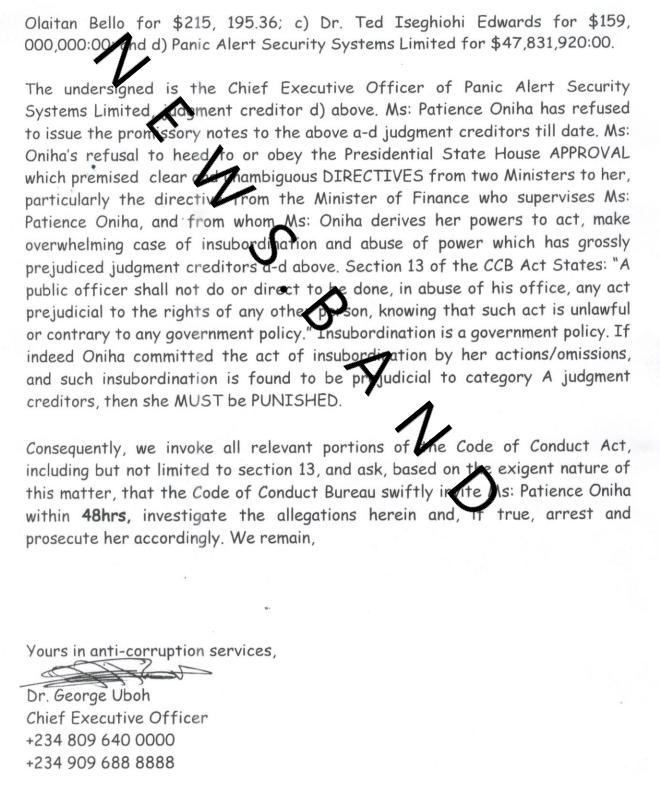 News.band learnt that CCB is yet to issue Oniha with a summon for the hearing of the petition.

Earlier, In a memo dated July 12, 2021, the Minister of Justice and Attorney General of the Federation (AGF), Abubakar Malami has instructed the DG DMO to issue the promissory notes.

See the attached below: 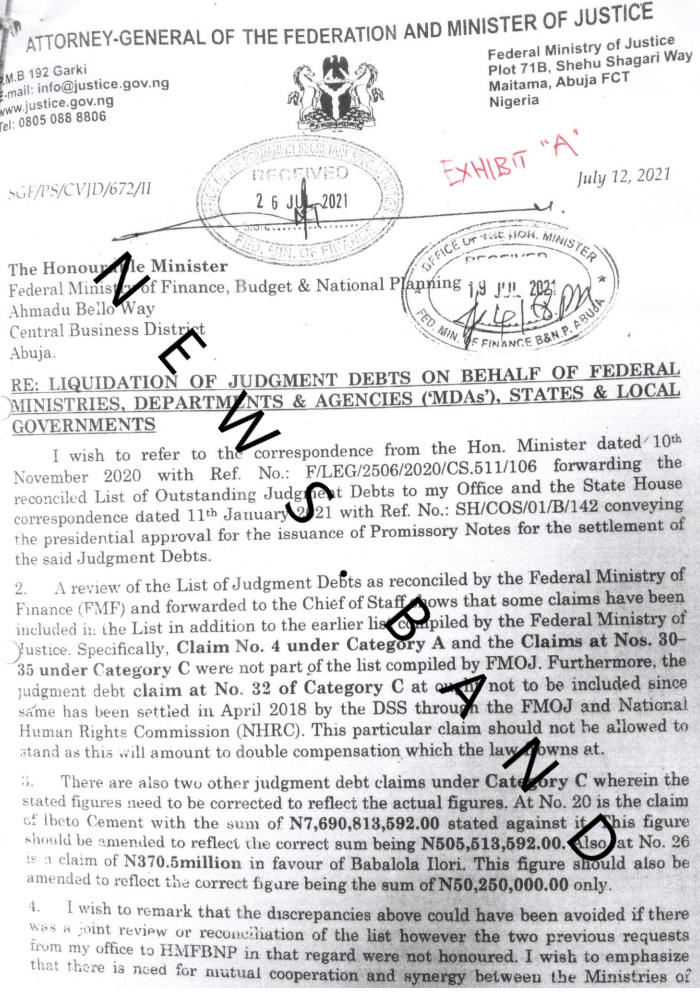 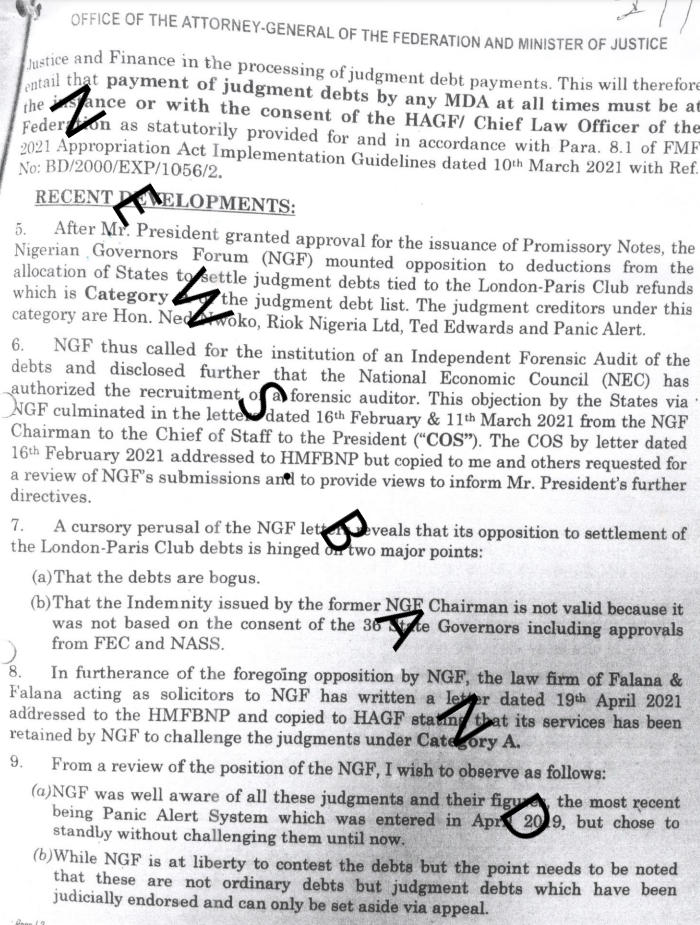 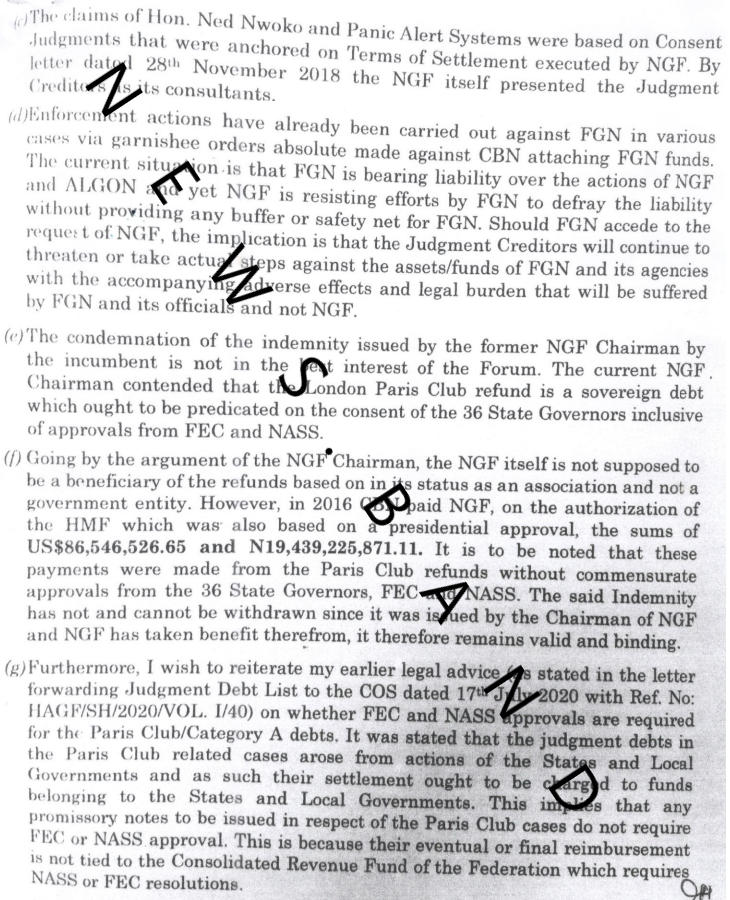 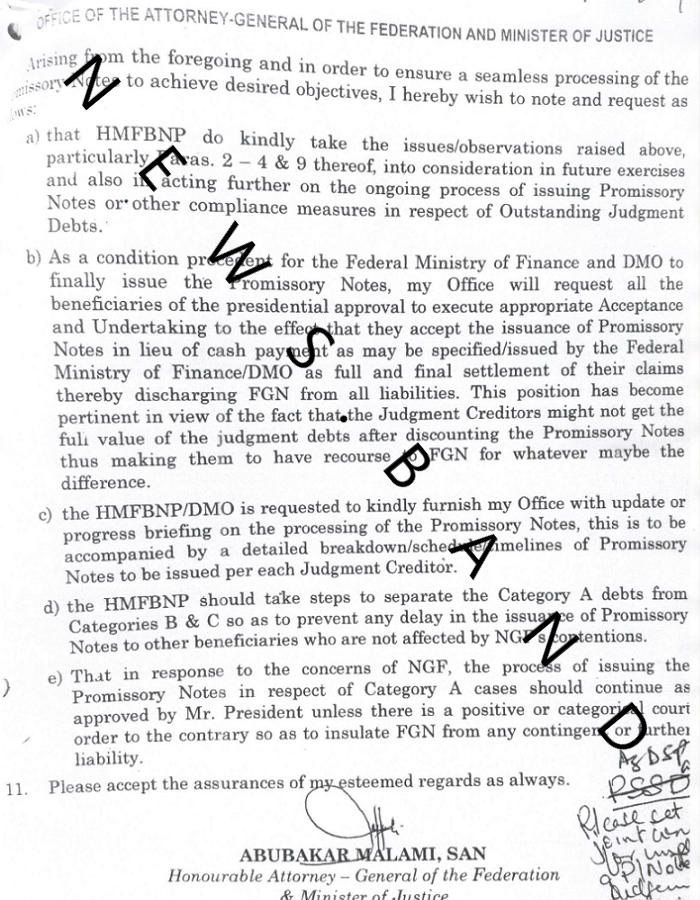 Later, in another letter dated August 12, 2021, the Permanent Secretary of the Ministry of Finance also directed DMO to offset the debts of the creditors accordingly.

See the attached below: 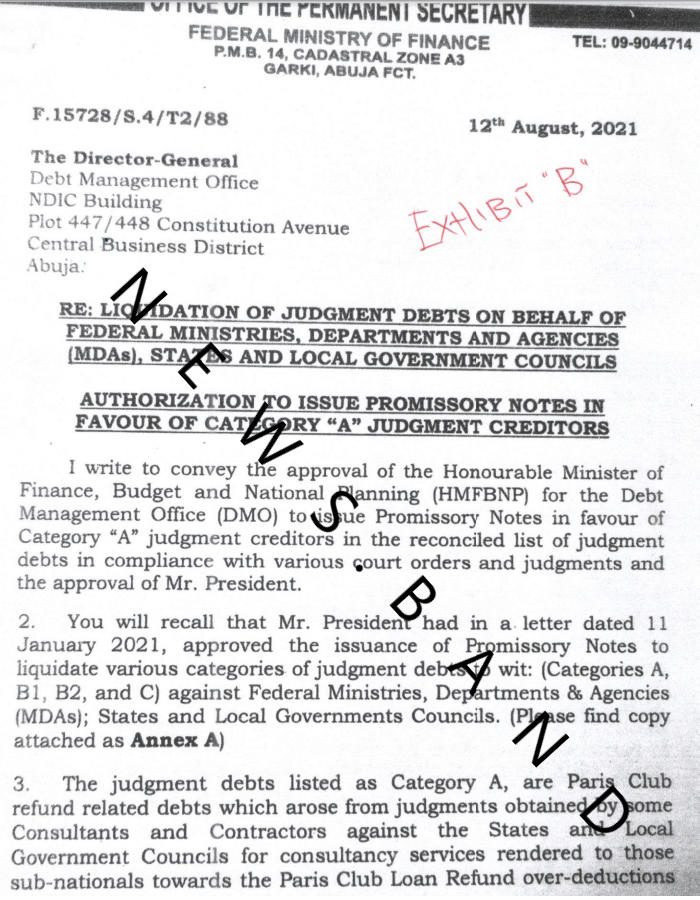 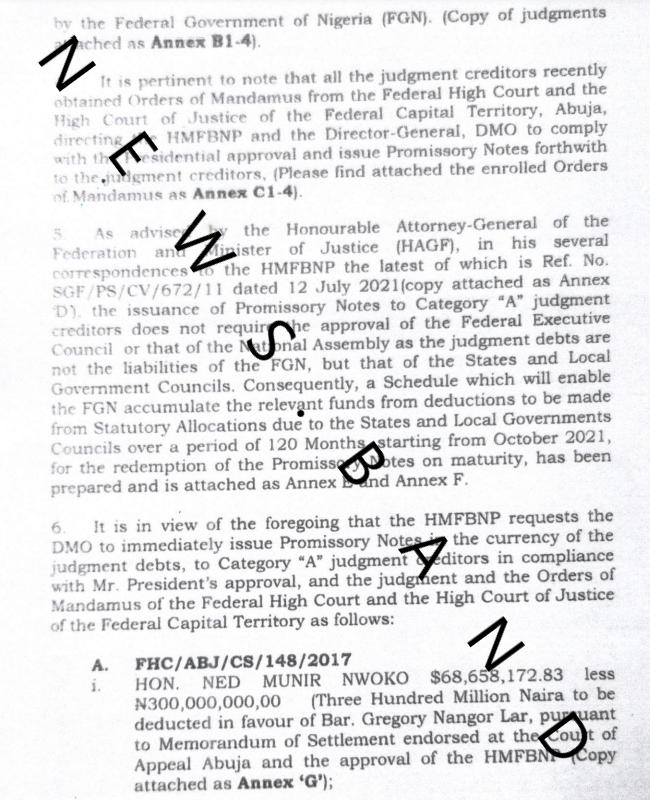 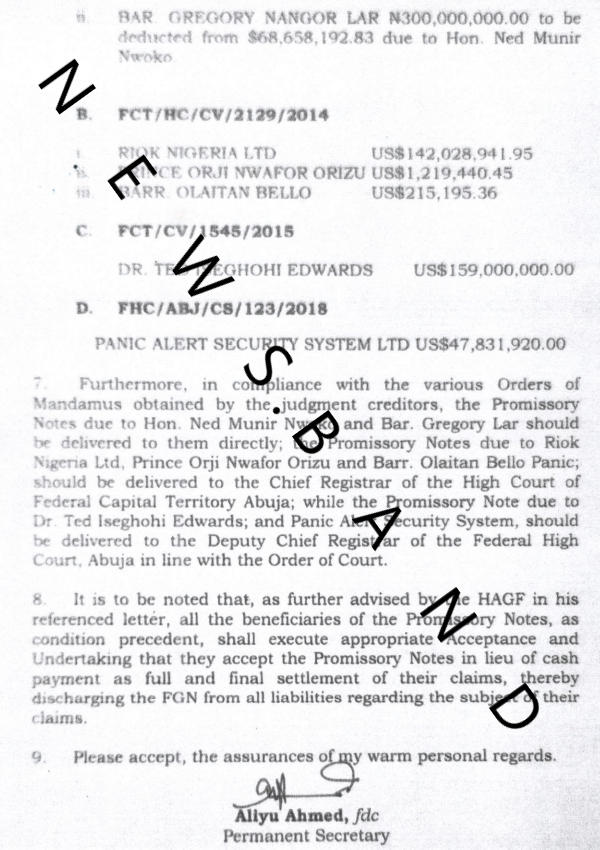 2023 and the familiar song ~ by Olusegun Adeniyi