The Labour Party (LP) presidential candidate, Mr. Peter Gregory Onwubuasi Obi, and his campaign entourage were shocked on Wednesday when they suddenly realized that the Federal Government of Nigeria grounded the “Obidient” airplane in Lagos.

This was confirmed in a statement issued by the media head of Obi-Datti presidential campaign council, Diran Onifade.

The flight, which has “Obi-Dient” boldly inscribed on it, was stopped from flying to Ibadan where the party has campaigns today. 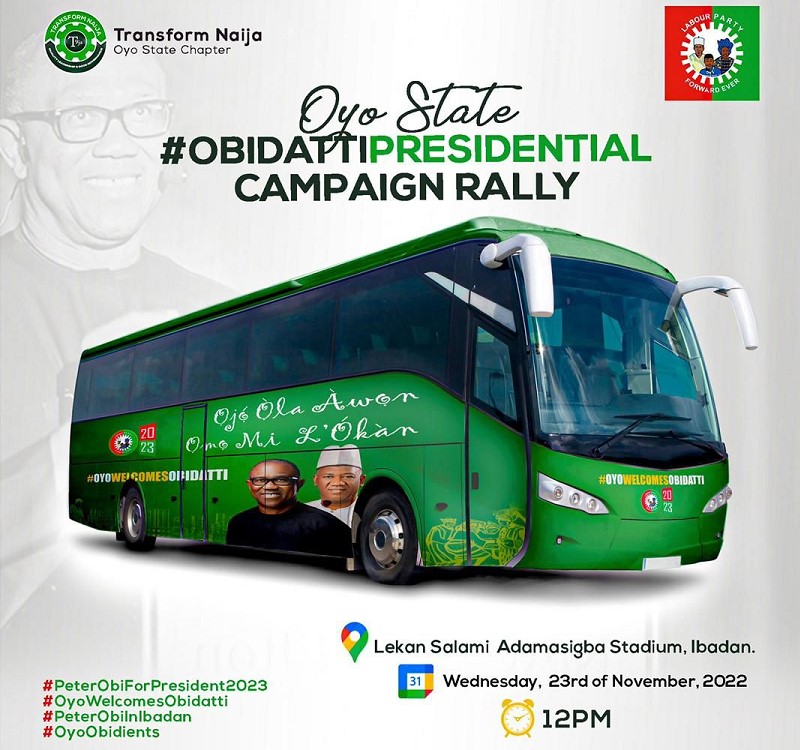 According to information available to News Band, the federal government grounded the airplane in a well-calculated attempt to thwart the presidential rally of the Labour Party currently going on in Ibadan, the Oyo State capital.

Onifade, in the statement, disclosed that the airplane was reportedly grounded by the government over “regulatory reasons”.

He said: “The Obidient plane was grounded today by the powers that be “for regulatory reasons” only. Please ignore any mischievous rumour. Our massive rally in Ibadan is going on as planned.”

Consequent to the action of the ruling All Progressives Congress (APC)-led government, Peter Obi’s aides and Supporters were forced to travel by road to Ibadan.

We will address your concerns over 10 percent tax – Senate…

The airport authority in Ikeja, Lagos, who impounded the aircraft, said they were ordered to investigate the flight.

Undeterred, however, Peter Obi immediately chartered another helicopter from Abuja and headed to the campaign venue in Ibadan. Read more.

Naira redesign: We have received N165bn worth of old notes – CBN