The office of the former deputy senate president, Ike Ekweremadu has released a letter written to the Visa section of the British High Commission in 2021in relation to the organ harvesting scandal.

Recall that the Enugu born politician and wife were arrested today by the British Metropolitan Police after they were accused of bringing a child to the country for the sole purpose of harvesting his organs.

However, the letter which was released by the office of the senator, has given another dimension to the story.

Below is a full copy of the letter which was duly signed by Ekweremadu. 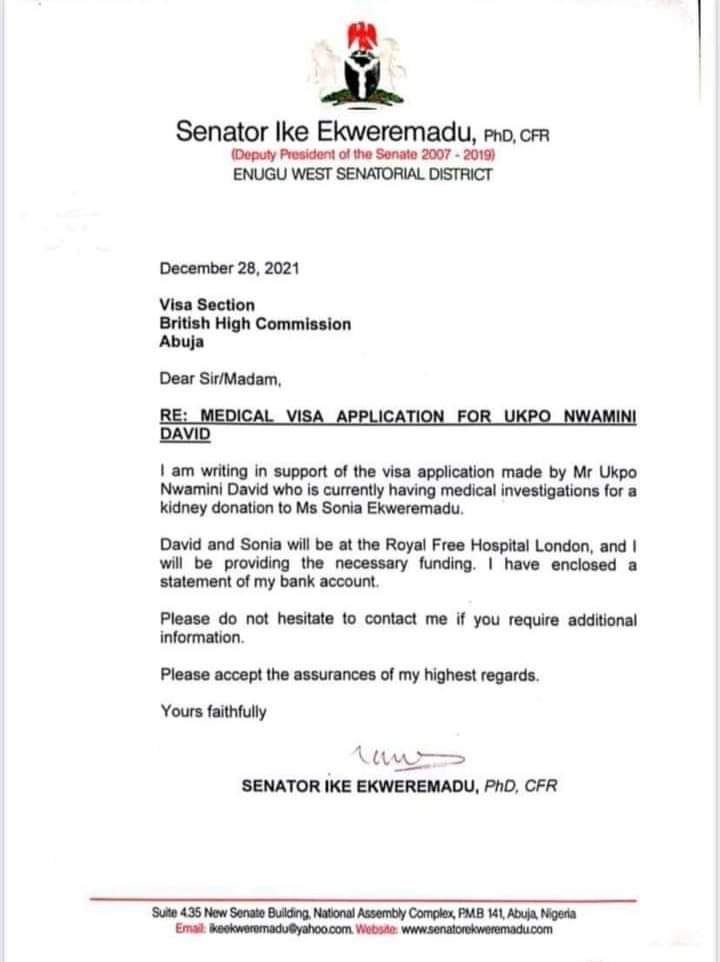