Chicago State University, has confirmed that the presidential candidate of the All Progressive Congress (APC), Bola Tinubu was a student of the University.

In a letter signed by the University registrar, Caleb Westberg, the University confirmed that the former Lagos State governor obtained a Business Administration degree from the school.

Tinubu has been enmeshed in a disturbing certificate scandal after he failed to state the details of his primary and secondary education.

Millions of Nigerians and civil society groups have called on the Independent National Electoral Commission (INEC) to disqualify the APC candidate over the secrecy that shrouded his educational background.

See letter from Chicago University below.. 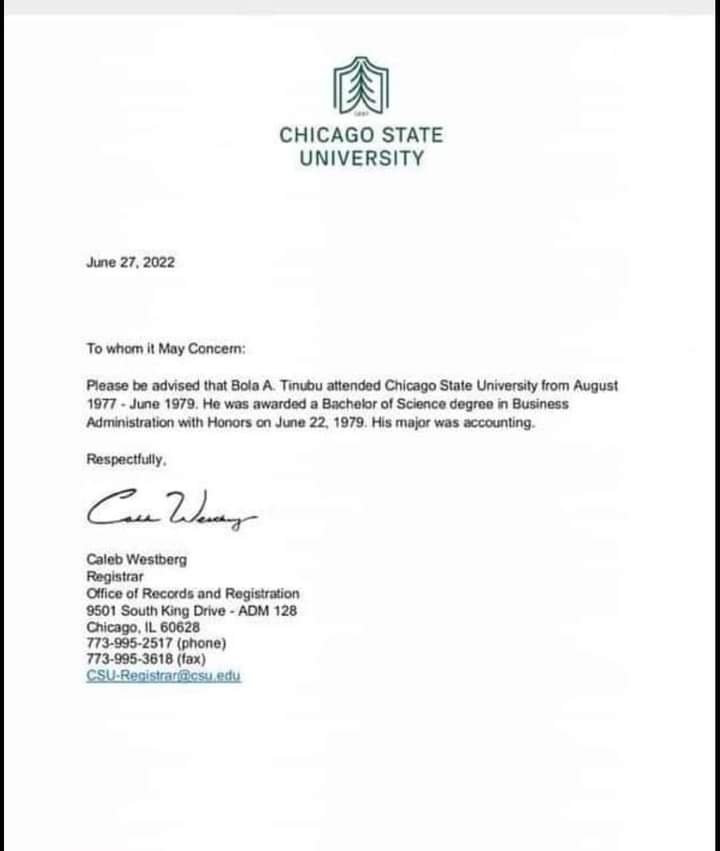