Reno Omokri is now scared off. His lies are not paying off.

Peter Obi won an online Poll organised by ANAP and Reno started running up his filthy mouth again dismissing it as fraud.

Do you know why Reno is scared? Let me take you down the memory lane (You can Google it).

Venue was his own Buildup Nigeria Platform.

On this day, Reno organised an online Poll for Goodluck, rigged the poll and yet Jonathan LOST! 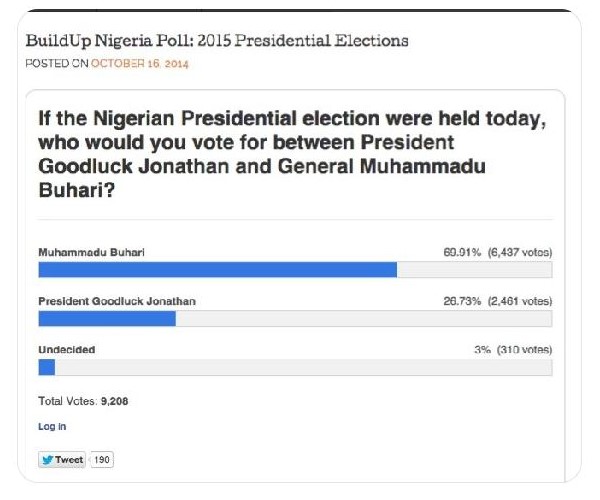 The Presidency was so embarrassed by this and threatened to sack Reno (Which they eventually did months later and replaced him with Obi Asika ).

Reno started crying, begging all the GEJites to do double voting online, promising them that as soon as they overtake Buhari that he would close the Poll.

Where is Rotimi Chibuike Amaechi? ~ by Fredrick Nwabufo

ICYMI: Why is Tinubu hiding in London? ~ by Farooq Kperogi

What I am giving you is fact. Go and verify.

This was before Jonathan lost another Poll organised by Sahara Reporters.

Where is Rotimi Chibuike Amaechi? ~ by Fredrick Nwabufo

ICYMI: Why is Tinubu hiding in London? ~ by Farooq Kperogi