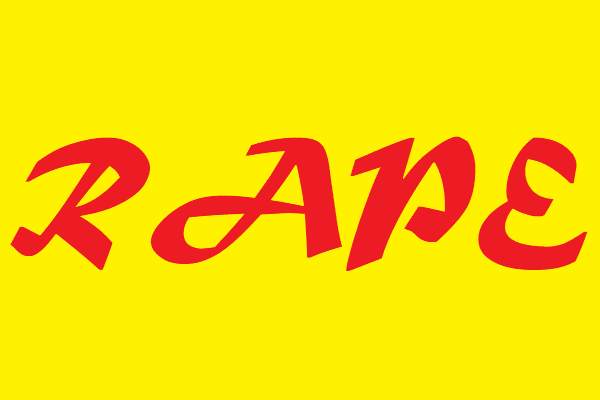 Foundation for Environmental Rights, Advocacy and Development, FENRAD, a pro-democracy group has condemned the alleged rape of a female polytechnic student in Abia State by the men of the Nigeria Police Force attached to the Rapid Response Squad in Aba

FENRAD in a statement which a copy was sent to NewsBand has called on the executive governor of Abia State, Okezie Victor Ikpeazu to see it that the alleged rape is investigated and the officers if found wanting at the end should face the wrath of the law.

Below is the full statement

Foundation for Environmental Rights, Advocacy and Development, FENRAD, a pro-democracy, human and environmental rights advocacy group received with anger the news of the rape of a female student of Abia State Polytechnic allegedly by men of the Nigeria Police Force attached to the Rapid Response Squad, RRS formation in Aba.

The ogreish act, FENRAD learns, was perpetrated when, on the pretext of investigating drug and substance abuse by students, the men of the RRS team stormed New Haven, a students’ lodge whereupon the poor victim was assaulted and raped and other students intimidated too. The illegality of such operation itself is not out of the question. While it is right to, from time to time, check drug and substance abuse by students on campus, FENRAD does not think this is primarily the duty of RRS than that of a police drug unit or the National Drug Law Enforcement Agency, NDLEA created and designed by law to exercise the mandate.

FENRAD calls on the state government as led by Governor Okezie Victor Ikpeazu, Ph.D to, as a matter of urgency, see to it that nothing is done in this matter to clog the wheel of justice.

Investigation must be thoroughly carried out and the names or identities and ranks of the officers involved publicised and orderly room court trial begun in earnest. When and if found guilty, these men should be made to face the law. The name and nature of the operation, and as well as who ordered it, must be known, FENRAD Insists. On whose order did the alleged rapists act? FENRAD seeks to know.

Meanwhile, FENRAD commends the Wife of the Governor, Mrs. Nkechi Ikpeazu for her timely intervention and also for taking care of the medical bills of the victim, the Foundation, in addition to this, wants the First Lady to monitor and follow up the matter through her platform, Vicar Hope Fondation, which is at the vanguard of Sexual and Gender-based Violence (SGBV) advocacy and campaign in the state.

Abia has the legal instruments to take this matter up, having domesticated the Violence Against Persons Prohibition (VAPP) Act of 2015. Again, this impunity by supposed enforcers of the law deserves to be legally questioned and the last of it heard.

FENRAD admonishes the Nigeria Police Force to see that justice is dispensed and will be willing to initiate – in that case, should the process fail to meet its expectation – a legal action as a rights group so that this poor victim, her family, the entire school community all find justice.

Anambra will become a ‘nomadic rainforest state’ if Nov. 6 poll is…

Obateru: Celebrating a quintessential PR man at 60 ~ by Obinna Nwachi

Anambra will become a ‘nomadic rainforest state’ if Nov. 6 poll is scuttled or…