Buhari Presidency: A return to dictatorship and nepotism 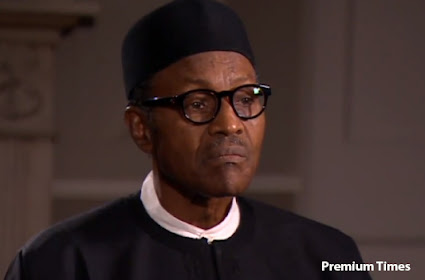 Buhari is a pathetic man, a former military head of state who in spite of his age, experience and exposure over the years in addition to the heavy criticism he

has previously received on account of his dictatorial rigidity and parochialism from no less a person than the Nobel laureate professor Wole Soyinka and other eminent Nigerians has refused to learn any lessons and better adapt to the challenges of leadership in a democracy and diverse nation. But none of these in reality should come as a surprise.

At the best of times, Buhari has never proven himself to be someone who has any respect for the Nigerian constitution nor any regard for Nigeria’s diversity. It should be recalled that in 2001 Buhari infamously supported the introduction of Sharia in blatant violation of Nigeria’s secular constitution leading to the deaths of some 20,000 people in the riots that ensued.

While the Oputa panel was constituted as a mechanism for redress and reconciliation during Obasanjo’s administration in 2000, Buhari refused to appear before the panel to contribute to the process of reconciliation. In 2011 after losing in an election adjudged by all to be free and fair, Buhari again refused to admit his loss and incited riots that caused more than 1000 deaths. There was thus nothing in Buhari’s persona up to the recent elections that suggested any change in his outlook.

There is no normal clime where such an individual who has demonstrated so much disrespect for the constitution and who has so much blood in his hands would even stand for elections. Ours being an abnormal clime, he was manipulatively repackaged as an agent of change by self-serving  politicians and elected by gullible, intellectually disabled Nigerians who mostly voted out of emotion rather than reason in a less than ideal election in which more than 10 million people never received their voters cards.

Since as is often said, a people get the leaders they deserve, Buhari’s creeping dictatorship and blatant nepotism is the consequence of voting out of emotion rather than reason. There is no greater evidence of Buhari’s creeping dictatorship other than his refusal to appoint ministers and constitute a cabinet 5 months after winning elections and 3 months after being sworn in. During the campaign Buhari and the APC had promised no less when they repeatedly said they would constitute a cabinet immediately and hit the ground running to deliver on their promises of change.

But no sooner was Buhari sworn in, his real agenda unfolded as he reneged on the promise of immediately constituting a cabinet leaving even his own party in the dark. It wasn’t until his recent trip that he strangely revealed his intention to name his ministers in September to an American audience faraway from those who voted for him. But even the September date remains suspect as Buhari seems to prefer a one man dictatorship to a regular cabinet. This delay has had the effect of effectively grounding the economy as both local and international investors wait on the policy directions of the new government.

All criticisms by local and international experts in regards to the unusual and unreasonable delay in appointing a cabinet have fallen on deaf ears as Buhari has characteristically donned his dictatorial toga.  In seeking to justify the unprecedented delay in appointing a cabinet, all kind of reasons have been advanced by Buhari’s goons but the illogicality of the reasons have further vindicated the suspicion that Buhari intends to run a one man dictatorship for as long as  possible.

First they claimed Buhari was waiting for the new assembly to be sworn in before naming his ministers, then Buhari requested the clearing of some advisers from the old assembly which was promptly done contradicting the earlier assertion that Buhari was waiting for the new assembly. The question then was why not also send the ministerial list to the old assembly?  Willy-nilly the new assembly was eventually sworn in and there was still no ministerial list from Buhari, then the story surfaced that Buhari was cleaning the rot before naming his ministers; but how was he cleaning the rot and why choose to work with permanent secretaries who are the real culprits of corruption in the ministries rather than naming honest ministers to clean the stable?

Before that dubious storyline was exhausted another one surfaced that Buhari hasn’t named his ministers because he hasn’t found honest persons in his party. Not only was this knowingly or unknowingly a direct indictment of his party, it also exposed the hollowness of the excuses as  Buhari who claimed  he hasn’t found any honest persons to make ministers was busy appointing his kinsmen to head boards and parastatals almost on a daily basis.

How then was Buhari able to find the individuals he has been appointing to head boards and parastatals when he hasn’t found any for the ministries or is there no corruption in these organisations? In the end when he does appoint ministers will the men and women he appoints come from another continent or planet? Will it not be the same Nigerians with some sure to be well known dubious characters?  It is obvious Buhari has other ulterior motives why he hasn’t appointed ministers other than the laughable lame excuses that have been advanced.  Amongst other insidious and sectarian motives, Buhari ultimately desires to be a dictator and that is what has been unfolding in his typically primitive mindset that absurdly presupposes that any leader with a military background has to be a dictator.

Yet such thinking exists only in Nigeria and other third rate countries. Retired generals like Dwight D. Eisenhower and Charles De Gaulle amongst others have been elected presidents in America, France and elsewhere but that didn’t predispose them to dictatorship or unconstitutionality. If anything, the strict military doctrines and constitution that is followed without question, should better prepare a leader to likewise absolutely respect his country’s constitution and not the reverse.

In opting for dictatorship in a democracy Buhari is demonstrating the same negative traits that have consigned Nigeria and much of Africa to failure and the periphery of humanity. This same negative trait is evident in the obnoxious nepotism that has been the most defining hallmark of his administration so far as 90 percent of appointments made have gone to his kinsmen while totally excluding some sections of the country. A very dangerous gambit that will do the country no good in the short and long term.

For an already very disharmonious country with widening sectarian cleavages and groups like Boko Haram engaged in a murderous battle for self-determination (seeking to create an Islamic caliphate), while Radio Biafra, MASSOB, MEND, the Lower Niger Congress and others are likewise campaigning for an independent state, Buhari’s resort to banal nepotism is like setting fire to a petrol drenched forest. It is a grave misreading of Nigeria’s challenges and needs at this point in time with consequences that might consume the nation itself.

Research has shown that the absence of justice and equality is the most important reason for which all colonised states including Nigeria struggled for, or fought for independence and for which most disintegrated nations faced the internal convulsions that led to their demise. If we fought for independence on the basis that we were denied justice and equality by the colonial masters there is no reason why the same injustices and more should be tolerated by what constitutes re-colonialism by Buhari and his group.

Man is by nature born free and equal with certain inalienable rights amongst which justice and equality are fundamental. Any progressive association must respect these fundamentals to thrive and to the extent that Nigeria is an association of diverse nations, justice and equality remains an indispensable and essential requirement for the sustenance of the chequered and still very fragile union. Nepotism in any form is thus unacceptable more so in this day and age. Buhari should look at his calendar and realise that this is 2015 not 1915. It is either he recalibrates or continues his perfidious journey and face the inevitable storm that would  finally spell doom and thankfully so, for  this land of nightmares and scorching injustice that people like him have so much come to represent.

To kill Corruption is all we ask of President Buhari