The Department of State Services (DSS) said in a statement that Usman Shuaibu, also known as Money and other frontline members of the hardline Islamist group were picked up in Lagos, Kano, Plateau, Enugu and Gombe states between July and August.

“Of particular note was the arrest on 8th July, 2015 in Gombe state of those responsible for the coordination and execution of the suicide attacks in Potiskum, Kano, Zaria and Jos,” it said.

“Shuaibu admitted being the leader of the team of nine sect members that was dispatched from Sambisa Forest to carry out the attacks. He disclosed that four out of the nine of them were used as suicide bombers in executing all the suicide attacks,” it said.

It said the arrest of Shuaibu and other core members of his cell had stemmed the spate of bombings by the extremist sect.

The DSS said its operatives had also frustrated plans by the insurgents to attack the financial capital of Lagos. 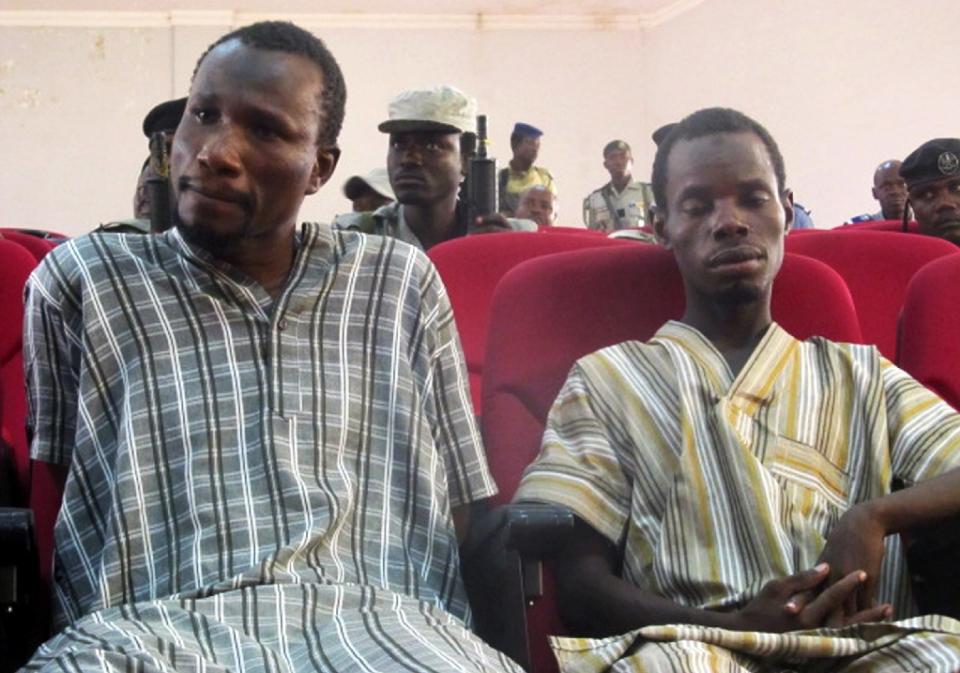 “The sudden influx of Boko Haram members into Lagos state points to the determination of the sect to extend its nefarious terrorist activities to the state and in fact, other parts of the country,” it said.

“The arrest of these confessed terrorist elements has however helped in no small measure to avert devastating attacks in the area,” it added.

The DSS said it would continue to work with other stakeholders in the fight against Boko Haram extremists.

The agency said on Friday it had arrested a 14-year-old boy spying for Boko Haram at the Abuja airport.

The Islamists have carried out deadly ambushes across Nigeria’s borders and in recent week’s suicide bombers, many of them women, have staged several attacks in Nigeria, Cameroon and Chad.

Boko Haram, which is seeking to carve out a hardline Islamic state in northeast Nigeria, has killed some 15,000 and displaced 1.5 million people since 2009.

The head of the state-run National Emergency Agency Muhammad Sani Sidi was quoted as saying in a statement on Sunday that 57,743 Nigerians displaced by the insurgency were in camps in Cameroon, Chad and Niger.

A regional 8,700-strong force aimed at ending the insurgency is due to deploy within days.