posed by the dare devilry of the armed Islamists known as Boko Haram who have waged relentless ideologically meaningless terror war against both the Nigerian State and ordinarily vulnerable citizenry with concomitant high casualty rates running to over 25,000.

Sadly, Nigeria hasn’t prosecuted and convicted the real financiers and masterminds of these deadly attacks but the government concentrates all effort at spending so much prosecuting a propaganda warfare rather than tackling the terrorists frontally and bringing the masterminds to trial either locally or internationally for crimes against humanity.

Boko Haram is rated as the second most dangerous terror group Worldwide by most globally reputable bodies. The group known as Boko Haram is responsible for some of the most heinous crimes against humanity in modern history of asymmetric warfare. Even by most accounts Boko Haram terrorists have killed more women and Children than even the Islamic State of Syria and Iraq (ISIS) and the late Osama Bin Laden founded international terror gangsters put together.

These frightening statistics goes to show the formidable forces that the Nigerian people have faced over the past few Years. Apart from real practical warfare Boko Haram has consistently waged a hugely fearsome  propaganda warfare against Nigeria to such an extent that they almost succeeded in belittling the hitherto respected ‘biggest’ combat forces on black Africa- the Nigerian military.

It was to the credit of the propaganda machinery of these evil forces that most Nigerians came to the realisation that indeed corruption by military Generals serving and/or retired who have hijacked the procurement of weapons for the defence sector over the years has weakened the combat capacity and readiness of the Nigerian Military.

But right now there seems to be a resurgence in the effective deployment of propaganda by Nigeria Military hierarchy to such an extent that people have started changing their perception  and have now started believing that may be these mass murderers are actually been degraded and decimated.  For avoidance of misperception let me quickly state that I’m one of those Nigerians who pray twelve decades of the Holy Rosary asking and begging Virgin Mary the Mother of God to intervene in our plight so these terrorists are conquered in no time.

The current team of spokespersons of the Nigerian military led by Colonel Rabe Abubakar is said to be  doing exceedingly well in winning the hearts and minds of Nigerians using the machinery of propaganda but what are the ethical implications if these propaganda materials being dished out turn out as patently unreal? Now it seems that Boko Haram terrorists that had upper hand, propaganda-wise, are perfectly in constant retreat mode or is it that the propaganda machinery of Boko Haram is in total disarray?

As a trained Journalist and Writer of over two decades of experience I’m not a fan of propaganda since I see it as the elevation of falsehood but many people think that winning the propaganda segment of any ongoing warfare is critical to winning the war. But when propaganda persistently turns out as tissues of lies what do we make of it? What is propaganda?  To Wikipedia the free online encyclopedia I will consult for further guidance. 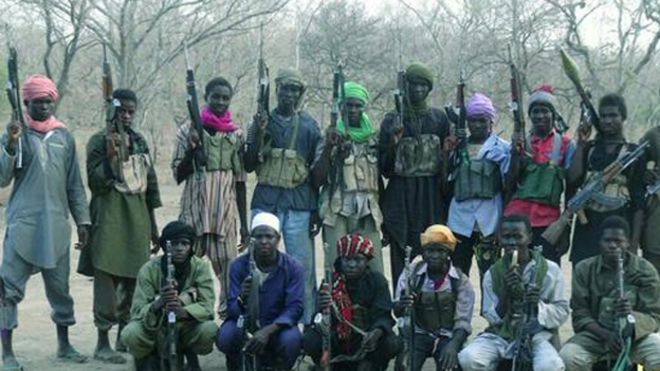 “Propaganda is a form of communication aimed towards influencing the attitude of a population toward some cause or position”.

“Propaganda is information that is not impartial and used primarily to influence an audience and further an agenda, often by presenting facts selectively (perhaps lying by omission) to encourage a particular synthesis, or using loaded messages to produce an emotional rather than a rational response to the information presented”.

The writer of the material in Wikipedia on propaganda further stated thus; “Propaganda is a modern Latin word, the gerundive form of propagare, meaning to spread or to propagate, thus propaganda means that which is to be propagated”.

Etymologically the writer of this beautiful piece on propaganda traced the conceptualisation of the word propaganda as follows: “Originally this word derived from a new administrative body of the Catholic Church (congregation) created in 1622, called the Congregatio de Propaganda Fide (Congregation for Propagating the Faith), or informally simply Propaganda. Its activity was aimed at “propagating” the Catholic faith in non-Catholic countries”.

From the 1790s, the term began being used also for propaganda in secular activities. The term began taking a pejorative connotation in the mid-19th century, when it was used in the political sphere, the article concludes but not without generously mentioning the use to which propaganda was propagated during the first and second World wars.

Defining propaganda according to Wikipedia has always been a problem. Garth Jowett and Victoria O’Donnell have provided a concise, workable definition of the term: “Propaganda is the deliberate, systematic attempt to shape perceptions, manipulate cognitions, and direct behavior to achieve a response that furthers the desired intent of the propagandist.”

More comprehensive according to these narratives is the description by Richard Alan Nelson who affirmed thus: “Propaganda is neutrally defined as a systematic form of purposeful persuasion that attempts to influence the emotions, attitudes, opinions, and actions of specified target audiences for ideological, political or commercial purposes through the controlled transmission of one-sided messages (which may or may not be factual) via mass and direct media channels.

“A propaganda organization employs propagandists who engage in propagandism—the applied creation and distribution of such forms of persuasion.”

Still as a professional Journalist I’m of the considered opinion that mainstream media should have access to conflict zones to assess the veracity of what is dished out by military officials because news is sacred but opinion is free. Section 22 of the Nigerian Constitution stated clearly that the media must hold government officials to account and this can only be done if the atmosphere for investigative reporting is encouraged.

The ownership pattern of the Nigerian media isn’t very helpful because the owners don’t invest substantially into the promotion of investigative reporting since most of them are government apologists and are afraid of a backlash should independently verified pieces used in their media caused government officials sleepless nights. Government officials hurt by news reported in the media can lead to pulling out advertisements from such newspapers. Additionally, media workers so neglect staff welfare that backlogs of salaries of media workers accumulates for many months without payment and there’s no national institutional platform that could compel obligations of salaries for workers are complied with substantially.

The writer of that post I’m quoting from Wikipedia even alluded to my professional apprehension over propaganda when the following words were included in that beautiful write up on the concept of propaganda.  “Journalistic theory generally holds that news items should be objective, giving the reader an accurate background and analysis of the subject at hand. On the other hand, advertisements evolved from the traditional commercial advertisements to include also a new type in the form of paid articles or broadcasts disguised as news. These generally present an issue in a very subjective and often misleading light, primarily meant to persuade rather than inform”.

In the opinion of this writer normally they use only subtle propaganda techniques and not the more obvious ones used in traditional commercial advertisements.

The Nigerian Media managers must separate pure propaganda from pure news items so Nigerian readers are not misguided because in other climes when a story from war fronts is to be published the readers are told if the facts contained have been verified or not. In Nigeria there’s currently no way of ascertaining the veracity of claims made by the combatants and even the non-state actors because media houses are satisfied with elevating mere propaganda from one side as news and consumers of news items take these stories as facts without subjecting them to the test of factuality and objectivity.

Nigerians must not be deceived to take it hook line and sinker that the several tissues of unsophisticated propaganda materials used as news items are factually accurate when in fact the official and unofficial sources for such stories are so opaque that finding and sifting facts from propaganda becomes muddled up and when observations are made those critical minds are branded unpatriotic even by media managers.

Chioma Agha: From teary nights to rubbing shoulders with Obama