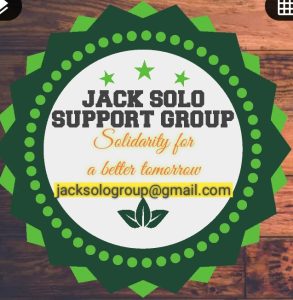 That in seven years during the most economic challenging period in Nigeria that saw the country enter two excruciating recessions, His Excellency, Rt. Hon. (Dr.) Ifeanyi Ugwuanyi the executive governor of Enugu State, was able to construct a general hospital for Nsukka at the site of the defunct ESUT Campus, Ede Oballa.

That Gov. Ugwuanyi built a State Secretariat Annex for Nsukka at the same Ede Oballa to bring the government closer to Nsukka.

That he also built an International Conference Center and executive lodge just by the side of the Secretariat Annex.

That he reconstructed the Opi-Ede-Enugu Road Nsukka, starting at Opi Junction and terminating at total round about, with the best quality road that cannot be found anywhere in South East.

That some sections of roads in Nsukka that were nicknamed “River Niger” under Sullivan and Chimaroke administrations are without a single scratch today courtesy of Gov. Ugwuanyi’s road maintenance magic.

That His Excellency,Rt.Hon.Dr.Ifeanyi Ugwuanyi constructed Igbo-Ano General Hospital,also constructed Igbo-Ano teaching hospital and recently got accreditation and full recognition for Enugu State University of Medicine and Applied Sciences in the same Igbo-Ano. All of which are going to be commissioned at once?

That in 4 out of 6 local governments in Nsukka zone, Gov. Ugwuanyi built modern Type C hospital, one of which has been upgraded to a general hospital.They include Ụzọ Uwani, Igbo Eze South, Igbo-Etiti and Udenu LGAs?

That in Igbo-etiti, he attracted Federal Polytechnic in Ohodo.

That in Agụ Ekwegbe, Igbo-Etiti LGA, hé attracted and built the start of structures for Mobile Police Squadron and Police training College?

That in Nsukka, he built a modern Township Stadium that is tourism-worthy.

That with a world Bank assisted effort, he has constructed several rural roads joining most rural communities in three Zones in the State.

That through ENSUBEB, PPSMB, Ministry of Transport, Enugu Clean Team, etc, he employed a good number of people in the Civil Service, ensuring that Nsukka is well represented?

That through the scholarship board, the intelligent ones have been sponsored academically both in IMT, ESUT and abroad?

NOTE:
(i)When you look at the point that he didn’t do anything for Nsukka orchestrated by some persons, you will realize that it is coming from someone who is bias.

Presidential candidates should reel out their anti-drugs agenda:…

2023: Group urges Nigerians to allow spirit and ideology of June 12…

What of Obechara road to Ikenga Hotel junction?

What of Obechara road to Aku road?

What of Mechanic village to Ikenga Hotel junction?

What of Enugu road to Nsukka junction?

What of the double-lane in University road?

What of Ibagwa road to Beach junction?

What of Amobi street to MCC road?

What of Oloto street 1&2 road?

What of Ogurugu road to Ikenga Hotel junction?

What of Orba road to Enugu road?

What of Ama-Eze street road?

Now from the stable of Jack Solo Support Group Udenu, we published this, and await your responses or rebuttals. Reach us via email: jacksologroup@gmail.com

A Medical Laboratory Scientist, a Columnist, and Public affairs Analyst.

Presidential candidates should reel out their anti-drugs agenda: – says HURIWA

2023: Group urges Nigerians to allow spirit and ideology of June 12 to guide them