The Centre for Social Justice, Equity and Transparency [CESJET] and 13 other civil society groups have thrown their support behind President Muhammadu Buhari

for endorsing the Abuja Centenary City Project saying it was proof of the possibility of government succession without project abandonment.

The group told a news conference in Abuja on Sunday that truncating the $18.5 billion would have had grave consequences for the economy in addition to creating credibility problems for the country as foreign investors would have concluded that Nigeria has no culture of honouring agreements.

Comrade Ikpa Isaac, Executive Coordinator of the Centre for Social Justice, Equity and Transparency, who briefed on behalf of the other groups, commended President Buhari for approving the project initiated by his predecessor, President Goodluck Jonathan despite efforts by a few individuals to confuse the issue because of their own selfish interests. 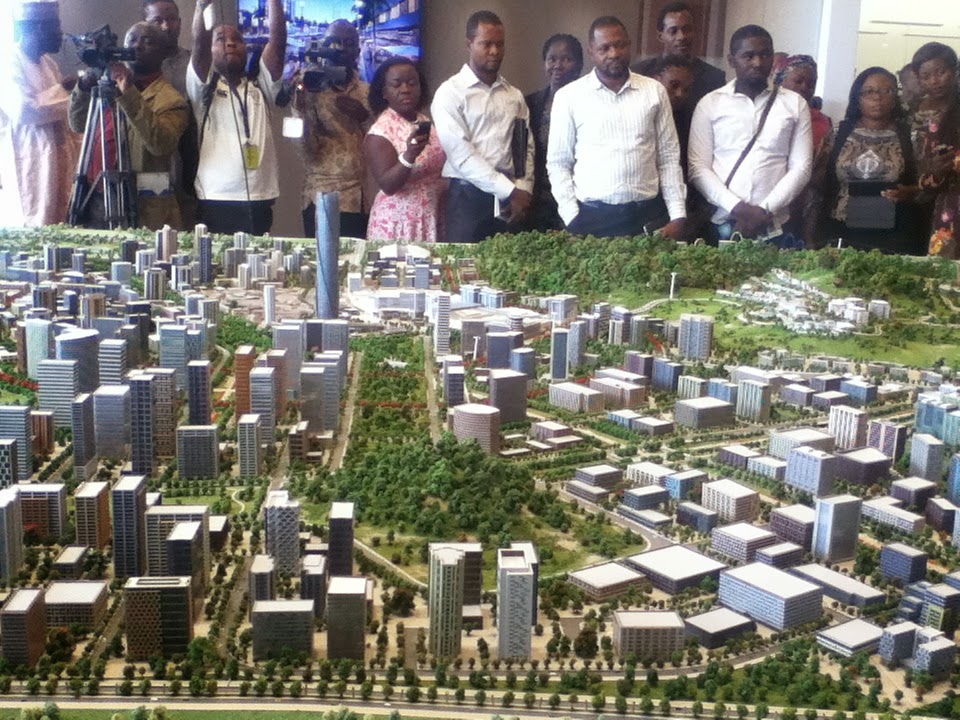 The Abuja Centenary City will be an interconnected, smart and intelligent city

“We are particularly pleased at Mr President’s endorsement of this project which is projected to create about 250,000 more direct jobs in the Federal  Capital Territory and about half a million indirect jobs. This potential to create thousands of direct and indirect jobs for our teeming youths has always made this project of interest to us.

“We see this step as a clear testimony to the readiness of President Muhammadu Buhari to continue with projects that have direct impact on the citizenry. We appeal that he looks dispassionately and critically into other inherited programmes of the past administration with a view to further expanding those that will create additional employment for youths.

“The same consideration should be applied to businesses and individuals that genuinely acquired land in the Federal Capital Territory under the former administration after following due process. This is because these smaller concerns and individuals are also creating thousands of employments that could be lost in the event of revocations.” Comrade Isaac said.

He noted that the openness with which the board of Centenary City Plc led by its the Chairman and former Head of State, General Abdulsalami Abubakar discussed the project with the president has brought closure to the controversy around the ownership of the project, which Nigerians were also misled into believing belongs to an individual.

According to him, “Now that the controversy has been laid to rest, Nigerians can now begin to look forward to the gains of the investment by development partners from the United Arab Emirates in the $18.5 project.

This will greatly help reboot the economy.

“The government of President Buhari should not be reduced into a tool for fighting a vendetta as the distractions caused to the Centenary City project have now been proven to be such. People who have scores to settle within their circles should do so without trying to compromise viable national projects that were designed to improve the lot of citizens.

“The anti-corruption agencies that are being overstretched by the such frivolous allegations should apply the lessons from the Centenary City project case in weeding out misguided petitions from serious ones.” Isaac advised.

It’s more expensive to maintain legislators in US, UK – Institute