Dr. Otti, who is also the governorship candidate of Labour Party (LP) in Abia State, is set to unveil the new regionally licensed commercial Signature Bank at its headquarters located at Gana Street, Maitama in Abuja, later this month.

According to The Witness report, the new bank is expected to begin operations in the South South, South East, North West and North Central regions of the country, with five branches located in Port Harcourt, Enugu, Aba, Sokoto, Kano and Abuja.

It was gathered that Ayeni will head the bank as the Managing Director/CEO, while Anumele will act as the Executive Director. 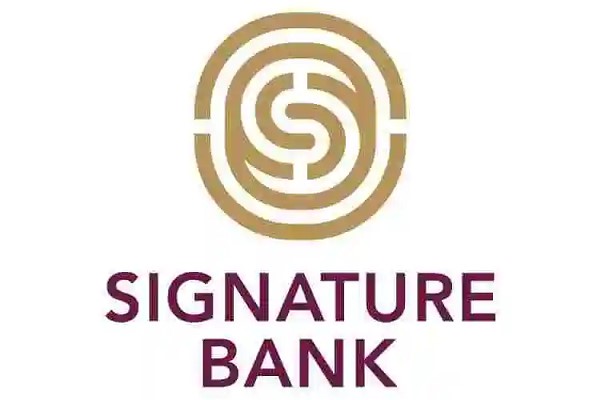 It could be recalled that the Central Bank of Nigeria (CBN) had classified the defunct Diamond Bank, under Otti’s stewardship, as one of the eight systematically important banks in Nigeria.

He had his secondary school education at Ngwa High School, Aba and Secondary Technical School, Okpuala Ngwa in Abia State.

He thereafter proceeded to the University of Port Harcourt for his university education, where he graduated with a First Class honors degree in economics in 1988.

Otti earned an MBA degree from the University of Lagos in 1994 and has since then attended various international courses including the Executive Development Programmes of the Columbia Business and Stanford Business School and Wharton Business School (University of Pennsylvania), including an executive programme at INSEAD, Fontainebleau, France.

He began his banking career in 1989 with the Nigerian International Bank, a subsidiary of Citibank New York, where he worked in the operations department.

He will later move to the then Nigerian Intercontinental Merchant Bank Ltd.  where he worked both in the treasury and financial services unit as well as the corporate banking division.

In 1992, he joined Societe Bancaire Nigeria Limited (Merchant Bankers), a subsidiary of Banque SBA Paris where he rose to the position of a senior manager.

He moved on to the United Bank for Africa (UBA) as the principal manager overseeing the bank’s corporate banking sector for the entire South Division with the responsibility of growing the oil and gas business for the bank.

In May 2001, he joined First Bank of Nigeria, PLC as assistant general manager in May 2001 with the sole responsibility of growing the Energy Sector for the bank.

NEXIM: Okotete fires back at protesters

He was promoted in April 2004 to the position of deputy general manager, and a year later was appointed executive director, commercial banking.

This was followed by a re-designation as the executive director south directorate, where he was responsible for over 140 branches in both the South South and South East geopolitical zones.

In March 2011, he moved from First Bank Nigeria PLC to Diamond Bank as group managing director/ chief executive officer and led the bank through a major transformation.

Upon expiration of his first tenure, Diamond Bank renewed his tenure in March 2014 to an additional three years and on October 24, 2014, Otti took voluntary retirement paving the way for Uzoma Dozie to become the new GMD and Bank CEO.

Meanwhile, following his resignation, Otti decided to venture into politics.

He emerged as the gubernatorial candidate of Abia State on the platform of All Progressives Grand Alliance (APGA) in 2014.

On 31 December 2015, The Court of Appeal which sat in Owerri removed Okezie Ikpeazu of the Peoples Democratic Party as governor of Abia State and declared Otti the winner of the April 11 and April 25 Governorship elections in the state.

On February 3, 2016, the Supreme Court of Nigeria reversed the verdict of the Court of Appeal and affirmed the election of Ikpeazu as Governor.

Otti presently is the governorship candidate of Labour Party in Abia State in the 2023 elections.

He is also a member of the editorial board of ThisDay Newspaper and writes a fortnightly column, every other Monday, titled “Outside The Box”.

With the foray of Signature Bank into the Nigerian banking industry, it will, no doubt, culminate into a fresh scramble for recognition amongst other well-established banks. Read more.

NEXIM: Okotete fires back at protesters