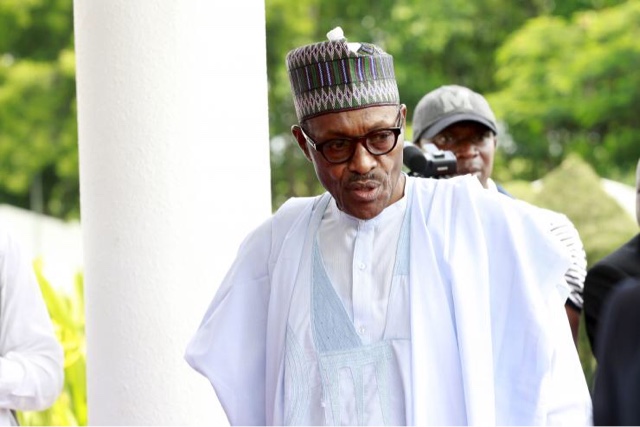 There was no doubt that the much touted breath of fresh air under the immediate past government of former Pres. Jonathan was a farce. Very few people around

the globe were therefore, not surprised at the passion and commitment with which Nigerians mobilized to get rid of a government that was mostly useless in its dealing with those they were elected to serve. Impunity and corruption sat side by side as co-heirs of the kingdom of Nigeria, battling for the souls and minds of Nigeria and Nigerians.

Still, some expressed pessimism, concern and even doubt that Nigeria would ever see the sun rise ever again. The thought of “change” from what has set Nigeria decades back, propelled many Nigerians to join the party, “Anything But Jonathan” ABJ. These joined forces with the then opposition party, All Progressives Congress, APC to wrestle political power and for many, freedom, from a government and a political cult that has punished Nigerians for sixteen years and had progressively got removed from the reality that suffering and hardship were now solidly enthroned in the lives of ordinary Nigerians.

Today, Nigerians now have cause to smile and why not! It’s only 100 days since Muhammadu Buhari and Yemi Osinbajo took the oath of office as President and Vice President of the Federal Republic of Nigeria, respectively, and things are looking up.

While the news that many Nigerians were owed salaries, in some cases up to eight months made the rounds, former Pres. Jonathan was more concerned about moving stolen loot across the nation aimed at buying his way to continue to lord it over us. But in came President Buhari who has a heart. He sprang into action and mobilized funds to support relevant states to pay owed salaries so the affected workers can resume their normal lives of providing for their suffering families.

Straight away, many Nigerians began to report an improvement in the electric power supply to their homes and businesses. Generating sets are resting, there is less noise pollution and longer food life in our refrigerators! Heaven is here. There was no evidence that the President or his Vice had any meeting until recently with the energy brokers in our nation. Even the legal Eagle and advocate, Chief Femi Falana was impressed at the wonders of the body language of our President, a man of integrity known for his hard work and anti-corruption stance.

President Buhari’s body language continues to work wonders for Nigerians. Abandoned projects ranging from traffic lights to refineries that had been fully or partially paid for and abandoned suddenly had workmen, toiling night and day to deliver. That’s how two of our refineries came back from the dead. Although not in full capacity refining, it has made a great difference in the lives of ordinary Nigerians contributing greatly to the disappearance of long queues at our Petrol stations.

Nigeria Customs Service, NCS, Murtala Muhammed International Airport Command Spokesperson, Thelma Williams, said that it earned over N5.209 billion in July 2015. She added that it’s the highest revenue ever collected by the unit since inception.

Still on body language of President Buhari, the moribund EFCC suddenly sprang to live. Cashing in on their new found liberty, they courageously went after alleged looters, their sons and even the wife of a sacred cow. These are not new cases but cases that had been buried under impunity and lawlessness for years in the corruption-laden administration of former President Goodluck Jonathan.

Corruption is seen by many Nigerians as the main reason why they remain poor in a country that has earned nation-transforming amount of dollars over the last few years. How delighted were Nigerians when President Buhari ordered the probing of both obvious and hidden looting spree that was the hallmark of the immediate past government. The outrage that followed the suggestion by a Peace Committee member, Bishop Matthew Kukah that the probe was unnecessary was all that President Buhari needed to confirm that Nigerians are in love with his actions so far. He deserves such outpouring of love and support as he daily proves to Nigerians that all his actions are in their interests.

The trial of Sullivan Chime

ENUGU NORTH SENATORIAL SEAT: Let the man of tolerance go for us

But by and large, the support for the leadership of President Buhari continues to grow even in the most unusual sections of Nigeria. The South South of Nigeria, the hitherto stronghold of former President Jonathan and his PDP, has fallen in love with the responsible leadership that President Buhari has shown towards them. The ordered cleaning of Ogoniland, an area deemed barely habitable, due to years of environmental pollution abuse and degradation, is a ready clincher. For this singular act, not only are the people of the South South delighted, Nigerians and the international community have hailed the order. Again, the late Ogoni hero, Ken Saro Wiwa would smile on Nigeria while wondering why Goodluck Jonathan and Ken Saro Wiwa (Jnr.) his son betrayed his ideals for as long as they did.

Continuing on the South South, the ex-militants who are undergoing different courses and trainings under the rehabilitation agreement the Yar’Adua led federal government signed, have been stranded as a result of nonpayment of their fees and allowances. President Buhari is dealing with this issue inherited from a President of south south origin. The lesson here is that it’s not about where the President comes from, but about responsible and conscientious leadership, willing and able to act in the interests of all Nigerians. The people of the South South and many other Nigerians have learned this valuable lesson, a positive gain under the exemplary leadership of President Buhari.

The issues that the president has given priorities are those that are at the heart of the needs of the ordinary Nigerians – Security and Corruption. The Nigerian elites could afford to hire security guards and in the recent past, rent the Nigerian Police and even the army. So it’s the ordinary Nigerian that bears the brunt of the insecurity in our nation. They are the ones who use public transportation and oftentimes, the targets of insurgents. Are there any wonder the President is leaving no stones unturned to bring the insurgencies and other security issues that have bedevilled the nation to a quick end? He sought sub regional and international collaboration. The DSS has a new committed leader while the High Military Command has relocated to the North East in line with the instruction of the Commander in Chief of the Armed Forces, President Mohammadu Buhari.

The elites, political elites sat on and looted the commonwealth of Nigerians. Any wonder the ordinary Nigerian is clamouring for and applauding the anti-corruption war President Buhari is waging in our nation! The mess of yesteryears is being cleaned. Looting holes are being plugged and new and solid foundation is being constructed on which solid and viable structure for sustainable development will be built. Nigerians have never had it so slow. But they have never had it so good either.

Job creation especially for our teaming jobless youth has also taken centre stage. 10,000 jobs are imminent in the Police. The relationship between President Buhari and the Nigerian people is that of mutual love and respect. He is not only working in the best interest of Nigerians, he is supporting them, in their clamour for the reduction of the obscene amount the Nigerian Legislators take home

In the last 100 days, we have seen how President Buhari began to extricate religion from the affairs of state as the federal government under made it clear it will not be sponsoring Nigerian pilgrims to Mecca, Jerusalem, Rome or anywhere else. We have seen this example of positive leadership by Buhari, emulated by state executives, some of who are not even APC governors. Following on Pres. Buhari’s example, the governor of Anambra state Gov. Obiano, among others, told his state’s Pilgrims Board that the state government will not be sponsoring pilgrims to fulfill their personal religious obligations.

But the greatest gain of these 100 days of President Buhari is the restored confidence in governance, pride of being Nigerians and renewed hope. Again, many Nigerians now understand what Good Governance really is. They care more about its delivery than the tribe of who is appointed to deliver it. This is informed by the knowledge that under a Buhari presidency, all public and political appointees will serve all Nigerians and not the section of Nigeria they represent. With many more positions to be filled, it’s still early days, in my myopic and biased opinion, to conclude that the appointments under this administration are skewed to favour any section of the country. As we are not clones of each other, there are bound to be some dissenting voices.

What is certain is that early indications suggest that President Buhari is serious about fixing the problems that have kept Nigerians on their knees. Caring and supporting Nigerians is at the heart of the agenda of this administration. We have seen plans to project our nation positively to the outside world. We are seeing signs that Nigerians will be lifted out of extreme poverty. There are early indications that minority ethnic groups will be given a sense of belonging in their nation.  We must all support the efforts of this well-meaning government. That’s how we can build a nation we all can be proud of.

You are yet to publicly declare your assets – PDP to Buhari, Osinbajo

The trial of Sullivan Chime

ENUGU NORTH SENATORIAL SEAT: Let the man of tolerance go for us