Buhari’s Cabinet: A government under contract 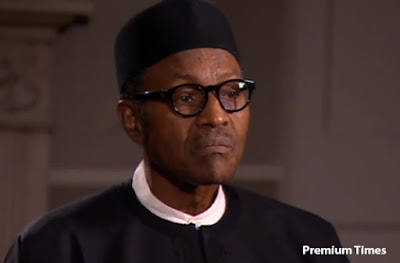 Buhari promised to raise a cabinet that is not likely to engage in robbing the nation. He took his time and it is hoped he has found them, some blemish

Nigerians to fill most of the ministerial and directorship positions in his cabinet.

His appointments so far does not near what critics may see as representative of the tribal nature of the country. He has so far filled some federal positions with people from the Hausa/ Fulani – his own people, with a few zoned to other sides.

Seems he trusts his people better than he would risk doing same with the Igbos and Yorubas and other tribal Nigerians.

Hope he has premised his preferences on his need to do well and have the country set up for an upward progress of the entire nation  devoid of overwhelming looting and corruption than on patronage of certain sects because he hails from their side.

Critics of Buhari’s recent appointments have alleged nepotism and bigotry on his side. They want their persons appointed so the cabinet will look like the tribal looks of the country.

This idea of having each state duly represented in the federal cabinet makes it seem like having our person there is for getting our share of what is left to be looted should be dead at this time. What should matter more is quality of service and honesty and loyalty such appointees are expected to demonstrate.

Left for some of us, Buhari should be let to fill most of the federal positions with his own men/women from his side or from wherever he finds them   so we can assume the leadership of the country under Buhari is on contract to his people in that way, we shall know the tribe to blame or praise for any outcomes.

Past administrations had had a fairly representative cabinet with most states having their man as minister or minister of state or directors and we now know the outcomes.

Tinubu and his divided APC team ~ by Anthony Echi

Of a Lawlessness Country and Making a Law-abiding President…

Weep not for PDP

All the allegations of looting and corruption were not from Chinese or American members of President Joe or OBJ’s cabinet. They came from within, and by guys in the federal cabinet feeling they were stealing from our national treasury for their tribes they were representing in the cabinet. We know it already that being a minister has had minimal or no special benefits to the villages that produced them.

How much did Imo benefit from Nnaji’s tenure as minister for power (NEPA) or Abonyi state get from having Anyim sit in Abuja as Secretary to the federal government?

How much did South-South and Otuoke gain from having President Jonah, an Igbo /Ijaw man as president?

We run a representative government and that is defined in the composition of our legislative houses and should not be expected to take same character when it comes to hiring whoever the president believes would deliver.

These cravings for equitable representation in federal appointments have no national dividend other than meeting the emotional needs of agitators seeking to say my own person is there. What pride will ensure if one’s person becomes like in the past, a thief in the office he occupies? Would these agitators own up to the shame their man has brought to them and entire nation when, like in the past, we find them to be criminals too?

If the country will do better with having all the cabinet members come from one tribe, religion or same school and ran as a contract , that’s okay for all  than having what we have always had without any new good outcome.

Tinubu and his divided APC team ~ by Anthony Echi

Of a Lawlessness Country and Making a Law-abiding President…

Weep not for PDP