Deloitte, an international professional services network has denied the claim by the presidential candidate of the All Progressives Congress (APC), Bola Tinubu that he worked for them.

Recall that Bola Tinubu during an interview in the past, had claimed that he made $1.8 million from salaries and bonuses while working a consultancy job at Deloitte chapter in the United States of America.

Meanwhile, in a document obtained by News Band which was originally shared by David Inyene-Obong Oluwaseun Hundeyin, Nigerian investigative journalist, writer and activist, completely dismissed the claim by the former Lagos State governor.

According to the information in the document, Deloitte denied having the record of Bola Tinubu in it’s data base.

“Please be advised that we have no record of Bola Ahmed Tinubu in our systems, and as such have no employment records for them”. 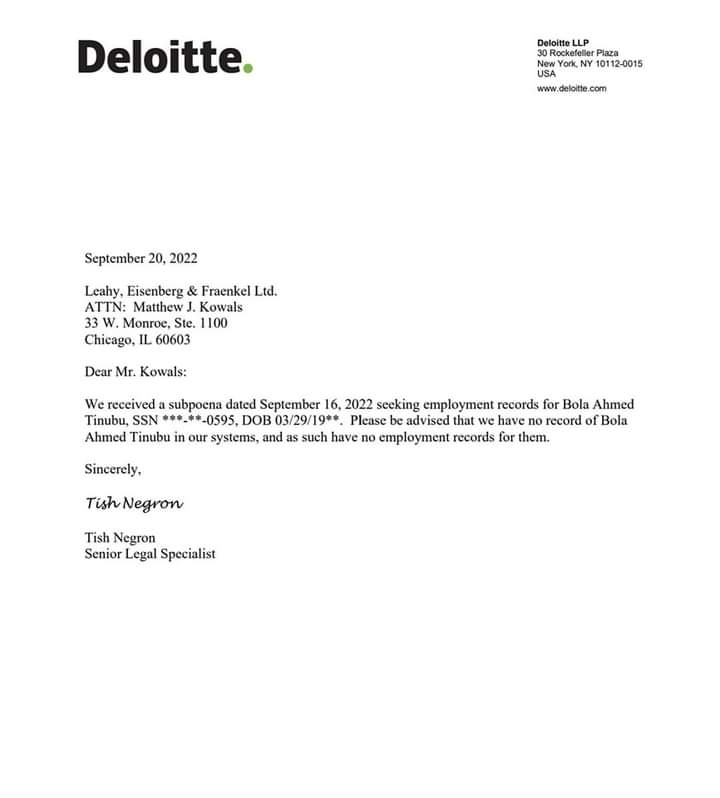 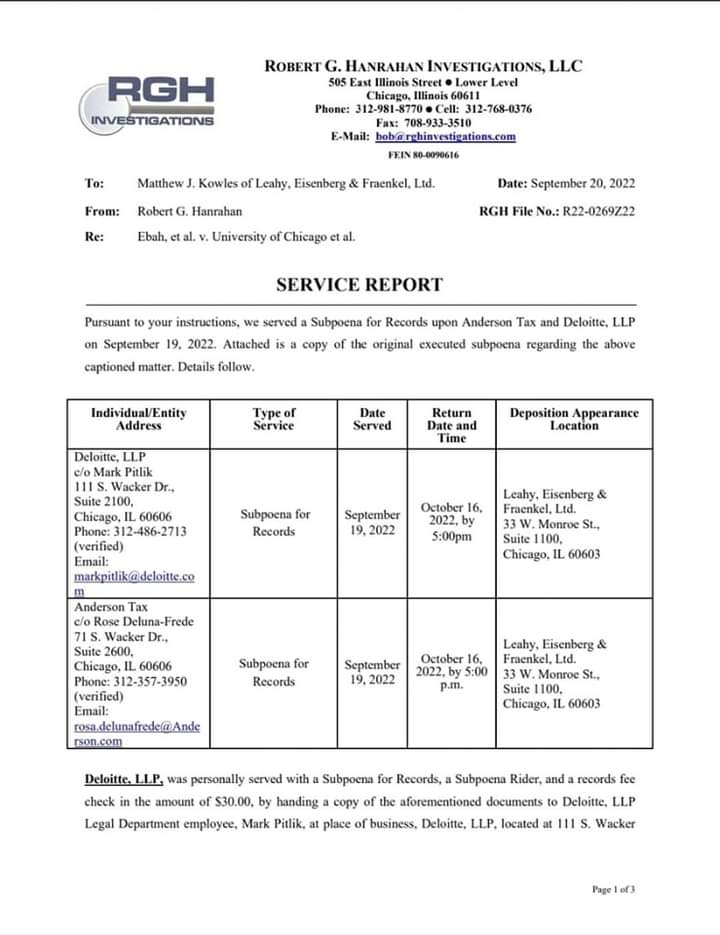 US company denies ever employing Tinubu, says no record of him in their system