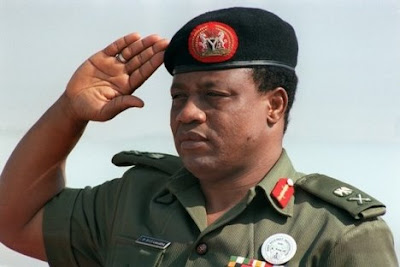 during his Military rule regime.

According to him Babangida did not only introduce it, but legalised and infused it in the country’s system.

“Babangida brought all the corruption threatening us today, which during my time as NLC chairman, we fought and all his corrupt policies,” he said.

Chiroma said this during the convocation ceremonies of Modibbo Adama university of Technology (MAUTECH), Yola, which took place from 18th to 20th, August, where he was awarded with an honorary degree of letters (Honoris causal) by the university.

Ali, who also said that he became the NLC chairman in 1982 when Buhari is in power as the military head of States, blamed Buhari for ruling with all forms of Draconian laws though with guided principles.

He lamented how Buhari was dethroned by a bloodless coup d’état by Babangida and his cohorts.

“I supported Buhari Government but I never like him because of his draconian laws, but I thank God Buhari is becoming a born again politician, a sent saviour to save our country,” Ali added.

How the Deputy Governor of Borno died in Yola Hotel

Anti-Corruption: Why Buhari must go to equity with clean hands (pt.1)