The spokesman of the All Progressives Congress (APC) Presidential Campaign Council (PCC), Mr. Festus Keyamo, SAN, has dragged the presidential candidate of the Peoples Democratic Party (PDP), Alhaji Atiku Abubakar, to court along with the Economic and Financial Crimes Commission (EFCC), the Independent Corrupt Practices and Other Related Offences Commission (ICPC), and the Code of Conduct Bureau (CCB).

Keyamo, who is also the Minister of State, Labour and Employment, had petitioned EFCC, ICPC and CCB, demanding for the investigation of Alhaji Abubakar over matters of alleged corruption involving Special Purpose Vehicles (SPVs).

He had also given the affected government agencies a 72-hour ultimatum to do the needful on Atiku, failure of which he will approach a court of competent jurisdiction for redress.

Following the expiration of the 72-hour ultimatum, he proceeded to the Federal High Court in Abuja suing the presidential candidate of PDP, CCB, ICPC and EFCC.

In the suit, he asked for the invitation, arrest and/or investigation of Atiku over the SPV saga.

See copies of the suit attached below: 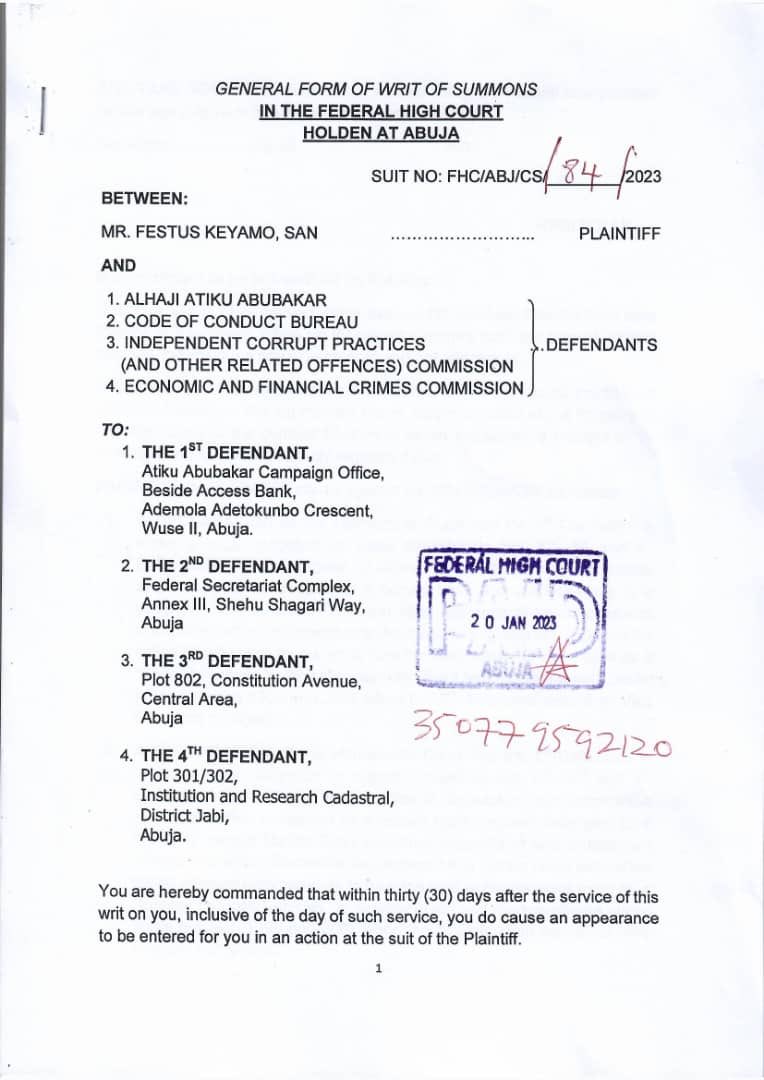 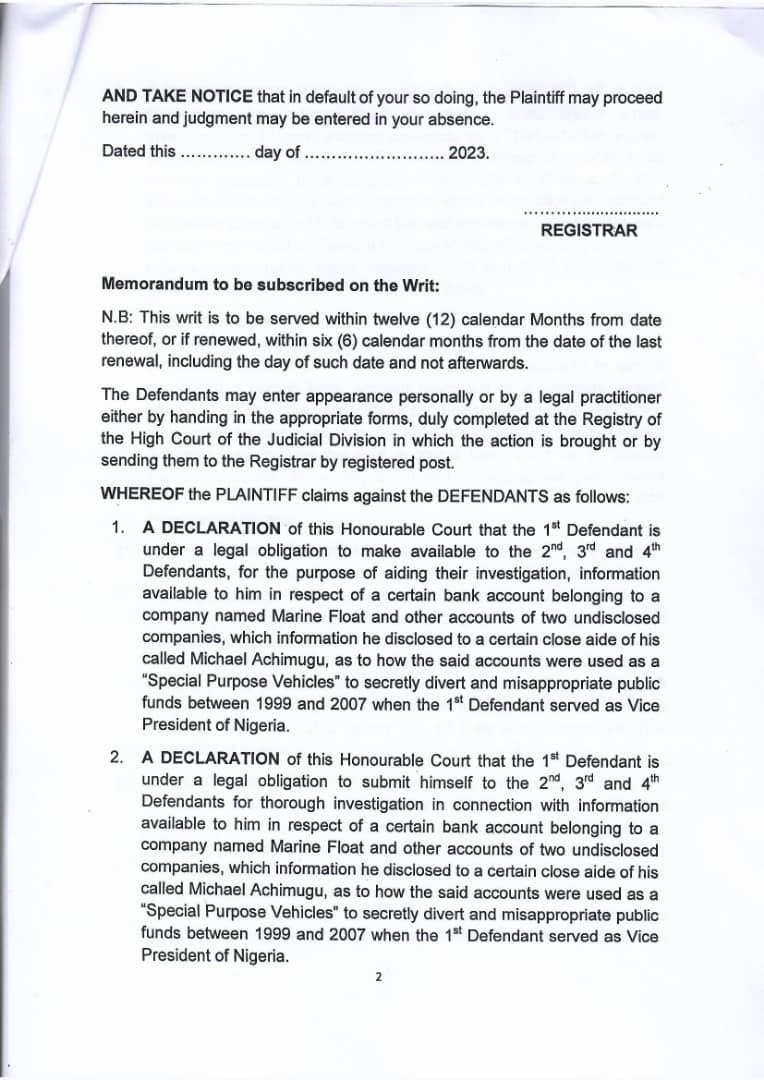 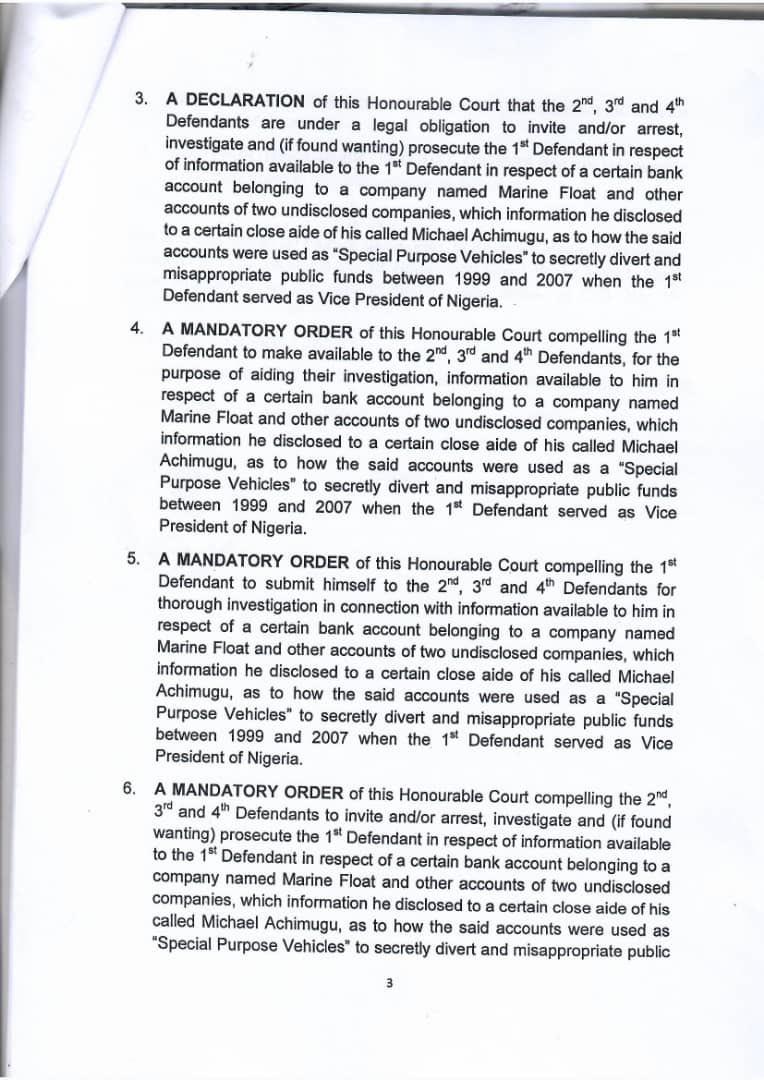 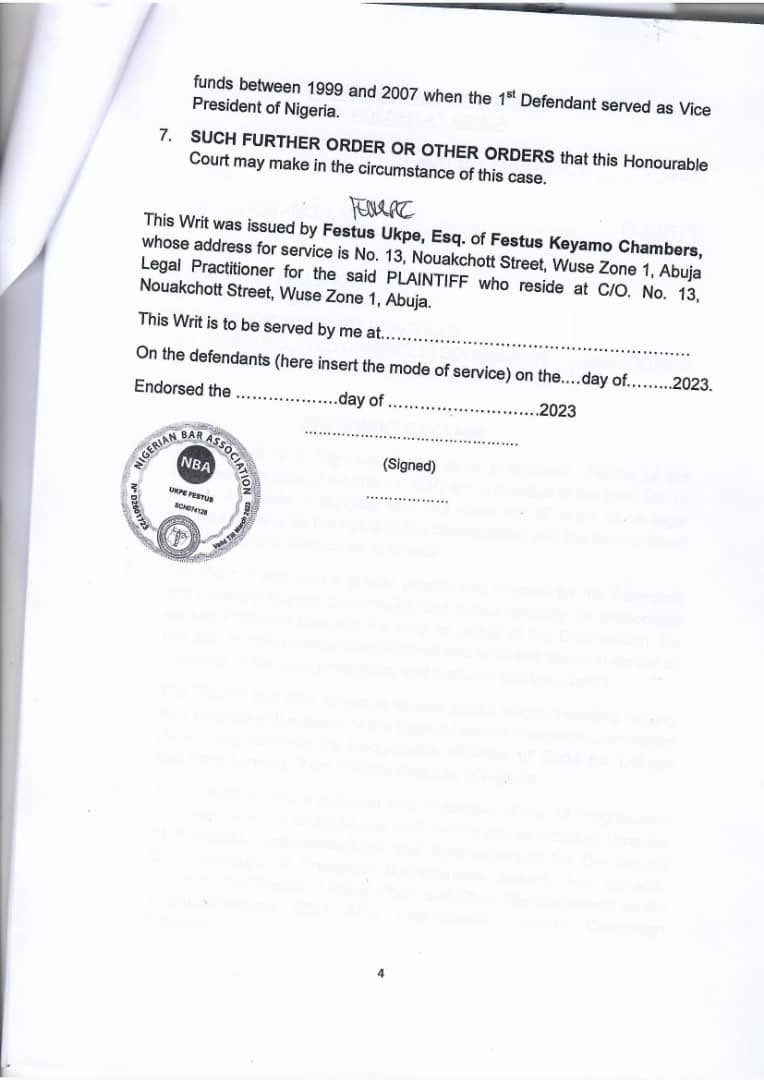 Buhari felicitates with Xi Jinping on the Chinese New Year