“Due to his personal limitations President Muhamamdu Buhari circle of influence has always been limited to male northerners, this did not just happen

-and this is despite over 40 years in public space including as head of state. El Rufai that was not in the public sphere prior to 1999 has southerners in his kitchen cabinet. That also did not just happen” – Pastor Joe Attueyi

Informed supporters of Nigeria’s President are uncomfortable with his appointments into his kitchen cabinet. Mr Muhammadu Buhari has finally broken his silence on these appointments, which many Nigerians have described as “lopsided”.

The one thing you may appreciate about Buhari is that he speaks his mind. He does not obfuscate or spin or try to say the politically correct things.

HEAR his explanations on why he appoints only northerners: ‘…..the people I have confidence in and I can trust them with any post, will that amount to anything wrong? …I have been with them throughout our trying times, what then is the reward of such dedication and suffering? They did not defect because of positions, they did not involve themselves in the pursuit of personal gains, and they accepted their fate throughout our trying moments…What is wrong if I make you the secretary (of the federal government) because I have confidence that things will go normal?”

You can therefore see he did not mention anything about merit or competence in his choice of his kitchen cabinet. No comparing of Ogbonnaya Onu or Rotimi Amaechi to Mr Lawal.

But reacting, a strong Buhari supporter, Canadian based Dr Ola Kassim: “Truth be told, the idea of preferentially appointing those who one is familiar with (and therefore could potentially trust the most) to the most senior government positions must be weighed against the pluralistic nature of the Nigerian society, on ethnic, religious and gender lines.

“Such an idea if carried beyond a reasonable limit would not only violate the federal character principle it might also lead to a lack of confidence in the federal government by those Nigerians who do not see themselves adequately represented in the make up of the senior governmental apparatus.

“A democratic government is like a huge corporation where the chain of command passes from the Board of the Corporation through the Chairman to the President and the Executive Management personnel to the front line workers who make the widgets or provide the services on behalf of the corporation.

“A corporation that is filled with those of the same gender, same ethnic and religious affiliation and similar personality styles is unlikely to be as successful as one whose board, executive and front line workers reflect the diversity of the community in which it operates. This is not an hypothesis. It is a fact that has been proven several times by studies published in the Harvard Business journal and other reputable publications.

“A government of a multi-ethnic nation like Nigeria MUST reflect the diversity of its peoples–in a proportional manner.

“It is inappropriate for a democratically elected President of Nigeria to deliberately fill the top echelon of his government by only the people he “trusts” and who predominantly share his ethnic and religious backgrounds. Presidents have both official and unofficial advisers. While it might be okay for the President to have his own unofficial kitchen cabinet made up only of “his own people” and the people he trusts the most whom he could unofficially bounce some thorny issues with for their advice, it is not kosher to have a lopsided cabinet or senior officialdom of the Presidency that is predominantly derived from the President’s region of the country and those who share his religious beliefs.

“There is no way this can be rightfully rationalized. Even if Buhari had all the best people in the world working for him the lack of ethnic, religious and gender diversity would end up constituting a major albatross that would not be easy to over come. I see some major trouble ahead if PMB (buhari) does not take change course this issue.” 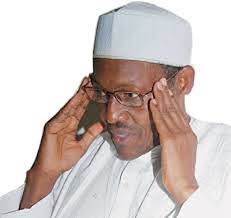 “Dr Olola Kassim’s position has contributed in solidifying our democracy, not undermining the president.

“Let me make it clear that I am still a supporter of president Buhari’s. Nevertheless, I cannot ignore the glaring unjustness of his manner of appointment of political aides so far. While I frowned at his manner of appointments for it’s bias against Southerners and women, and was ready to give his action the benefit of the doubt for being inadvertent, the president erased that benefit of the doubt with his clarification today.

“According to the president, the people he appointed were folks with whom he had worked throughout his 12-year political career and according to Ayo, they are of the CPC wing of APC. What the president and Ayo confessed to here is a practicing of nepotism and sectionalism, two variants of corruption. The president’s action is no less reprehensible than if he had acted based on ethnic consideration.

“Ayo Ojutalayo, in defending the president, wants Nigerians to believe that this president is divisive and sectional even within his political party. The president himself wants us to believe that pastor Joe is a rocket scientist for telling us, all these years, that Muhammadu Buhari is a man of limited horizon.

“By speaking out, instead of spinning the situation, those of us who love the president are ensuring that he becomes aware of this limitation of his and changes it right away. You cannot be the president of about 100 million Nigerians, a former HoS, and a former army General and yet proudly assert that your sphere for finding trusted aides is as limited and sectionalized as the president just stated. Aides and supporters who shield the president from this awareness and the criticisms arising from it are not serving the president appropriately.

“When the president went to Washington DC, we saw at least one woman amidst the delegation of his US counterparts. When he went to little Ghana two days ago, we saw a woman, even though a white one, at the corner of his Ghanaian counterpart. But in all of our president’s entourages, in and out of Nigeria at all times, not a single woman has been seen as a delegate. He has appointed no woman as an aide and apart from the acting head of INEC, the president has appointed no woman out of 36 appointments. It took decades before anyone could see him and his wife together in public and they have not been seen together in public more than three times by my counting. If we look into his first life as head of state, we will find that he had no woman minister, no woman member of the Supreme Military Council, no woman governor, etc. One has to be dumb not to interpret this as a calculated perception of womanhood as inferior to manhood by this president.

“If all these troubling biases are not calculated, then those who care about this president must wake him up to its reality. In a Nigeria with more women than men and in which women have been historically oppressed, a president cannot ignore women as this president has done without being called a misogynist. Those of us who have steadily supported him do not want to now look stupid and suckered. Above all, this reveling in sectionalism and nepotism by the president can only tear the country apart if not curtailed right away.

“Some simple minded folks here had interpreted our criticism of the president as an advocating of ethnic representation over competence. Nothing could be more dishonest, digressing away from the argument, and disturbing than that. I want the president to succeed and for him to succeed he must be made aware of his errors, so that he can correct them. Without correcting his errors, he cannot succeed — he will create elements of virulent opposition or even insurrection all across the nation.

“Let the constructive criticisms begin and I am certain that once the president becomes aware of them, he will hearken to the concerns in the criticisms.”