Also axed is the just elected chairman of the party, Prince Ken Emeakayi.

The decision to suspend the duo of Chief Metuh and Prince Emeakayi was contained in a communique of Anambra State PDP Executive which was issued at Awka, the Anambra State capital on August 12, 2015. 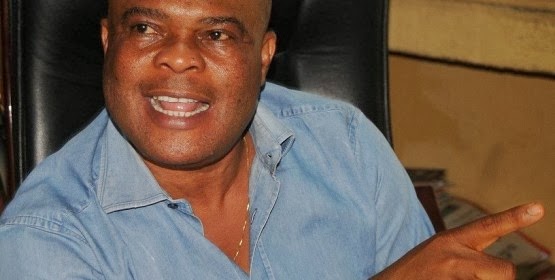 Mr, Metuh was amongst other things accused of embezzlement and diversion of party funds, anti-party activities, public disrespect of party leaders, etc.

Mr. Metuh was ab ignition ostracised by his party ward – Otolo Ward 1, Nnewi where he hailed from; after which the suspension was ratified by the State PDP.

The duo of Olisa Metuh and Ken Emeakayi are currently awaiting disciplinary action by the National Working Committee [NWC] of the party for further measures that will possibly be actioned against them.

A source privy to the decision of the PDP hierarchy not only made the documents available but disclosed to Elombah.com that should the NWC sanction the suspension, Misters Metuh and Emeakayi will be handed over to security personnels for possible prosecution.

Attached is a copy of the communique of the Anambra State PDP Executive:

You’ve nothing to offer Nigerians, gov Udom fires back at…

You’ve nothing to offer Nigerians, gov Udom fires back at Tinubu after calling…