A stalwart of the All Progressives Congress (APC) and Kogi State Commissioner for Information and Communications, Mr. Kingsley Femi Fanwo has quickly deleted a poll he initiated on Twitter after the Labour Party (LP) presidential candidate, Mr. Peter Gregory Onwubuasi Obi, swept 78% votes of all votes cast.

Mr. Fanwo deleted the poll after eight hours of voting with over 73,212 people voting.

Before the Information and Communications Commissioner deleted the poll, however, he was beaten to it as the result was promptly screenshot before he pull down the poll.

Kingsley Fanwo had asked on his Twitter handle @KingsleyFanwo: “Dear Nigerians, who do you want as your next President?”

According to the saved version, Peter Obi garnered 78% of the votes, followed by the All Progressives Congress (APC) presidential candidate, Bola Ahmed Tinubu, who scored 15%.

See the result below: 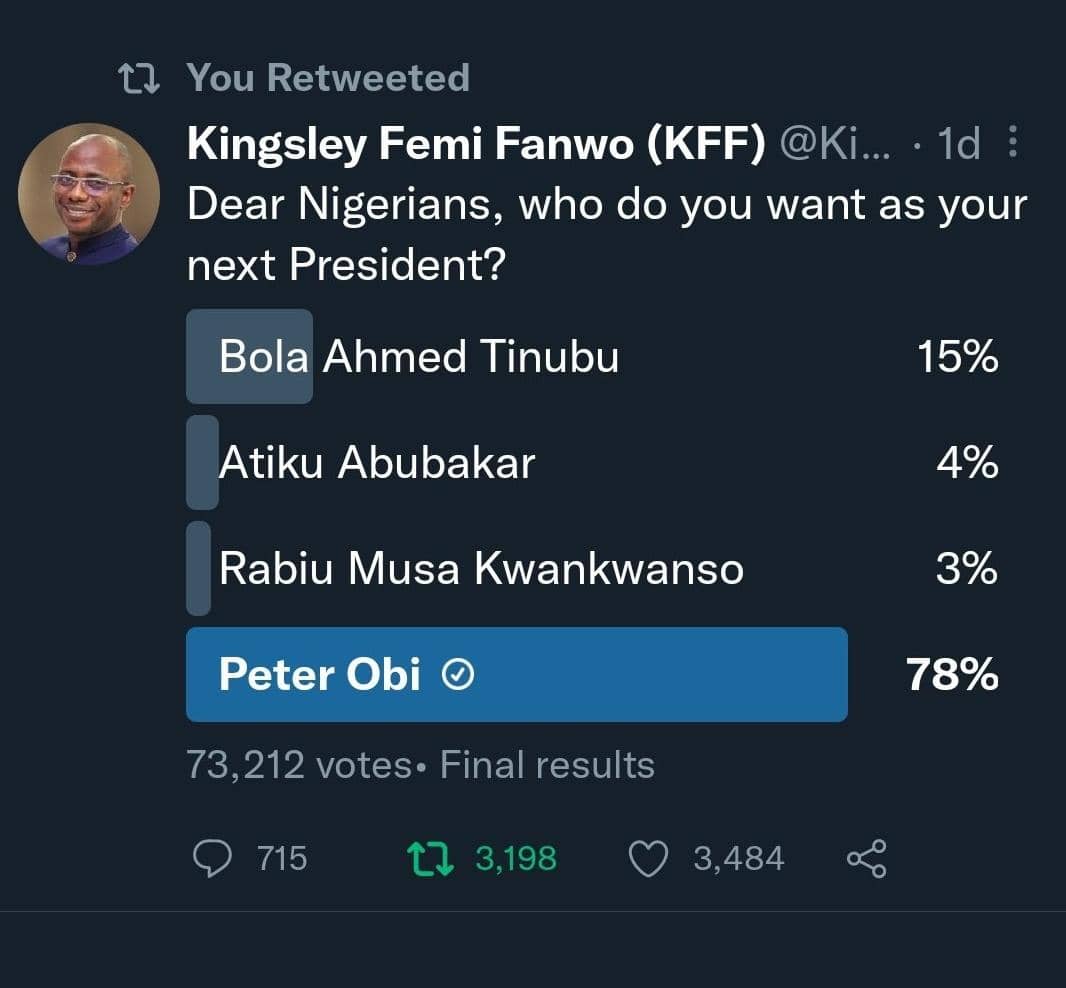 Just yesterday, Peter Obi once again took the lead in a poll showing the voting intentions with about forty percent of recently surveyed respondents.

This was revealed by the founding partner of Nextier and public policy analyst, Mr. Patrick Okigbo III, during an interview on “The Morning Show” by Arise Television, hosted by Dr. Reuben Abati and Mr. Oseni Rufai on Tuesday.

The poll, just like previous ones conducted by various firms, projected Peter Obi as leading in the 2023 voting intentions among respondents in the survey conducted by the organisation. Read more.